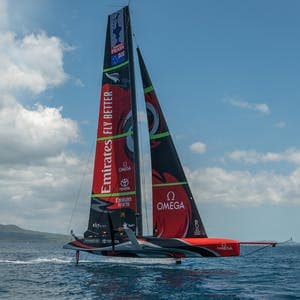 Speaking of the partnership, Sir Tim Clark, President of Emirates airline, said, “Emirates is proud to expand its commitment to the United Kingdom, which we service with over 130 weekly flights, by bringing world-class sailing boats to the shores of the UK and giving Portsmouth City the chance to host and show its visitors the most sensational event in the sailing calendar. The America’s Cup has grown to become one of the world’s greatest major sporting events and we look forward to using this great platform to share and grow the passion for sailing as a sport and bring communities together.”