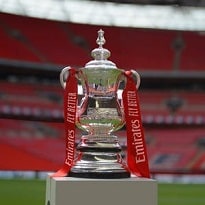 Emirates is the Title Partner of the FA Cup, known as the Emirates FA Cup since the beginning of the 2015/2016 season. The Emirates FA Cup is the oldest and biggest domestic soccer tournament in the world that attracts thousands of supporters from all over the globe.

Our agreement with the Football Association was recently extended for a further three years, to the end of the 2021 tournament. The Emirates FA Cup continues to touch all parts of the world’s favorite sport; its presence is critical to the lifeblood of non-league, amateur, and grassroots soccer in England.

In 2016, we took the famous trophy on its first-ever tour to Ghana and Kenya, and unveiled The Emirates Cup-emblazoned A380 aircraft for the semi-finals. Also in 2017, we took the trophy to Zimbabwe and Zambia. It’s exciting for us to be able to connect both soccer and aviation fans with their passions in a unique way.