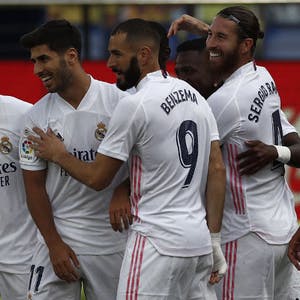 Real Madrid C.F. is one of the most successful and recognized clubs in global soccer and has established itself as a major force in the sport. It is among the three founding members of La Liga and has consistently played in the top division since inception. The club has called the Santiago Bernabéu Stadium in downtown Madrid their home since 1947, amassing a global fan base of 500 million, touching fans and spectators from every corner of the globe.

As one of the most widely supported soccer clubs in the world, we are proud to have been Real Madrid’s official main sponsor since 2011. Every year, we have created a new unique uniform to celebrate our partnership. Both Real Madrid and Emirates use the power of sport as a vehicle to create moments of inspiration for fans. We’re proud of our affiliation, and Real Madrid is an integral part of our sponsorship portfolio.