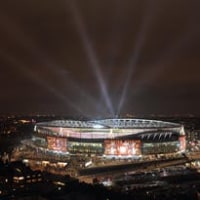 Arsenal FC and the Emirates Stadium

Our relationship with Arsenal FC, which dates back to 2004, will last until the end of the 2024/2025 season. As well as being one of the biggest deals in the history of the game, the agreement extends and deepens one of the strongest and most recognizable partnerships in the world of sport.

We’re an official partner of The Emirates Cup, an annual two-day pre-season soccer tournament hosted by Arsenal Football Club. The tournament brings more than 100,000 people to Emirates Stadium over the course of a weekend to watch some of the world’s best teams go head to head for the Emirates Cup trophy.

Our sponsorship of the oldest and biggest domestic soccer tournament in the world, the FA Cup.