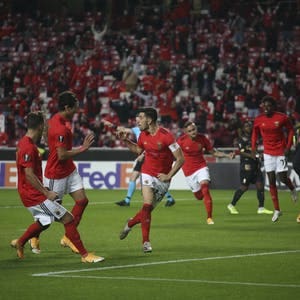 S.L. Benfica is an integral part of our sponsorship portfolio. As the Official Airline Sponsor of S.L. Benfica since the start of the 2015/16 season, our iconic ‘Fly Emirates’ logo has been displayed across the Portuguese club’s kit. With the renewal of our partnership, our promise to 'Fly Better' is now declared on the team’s kits.