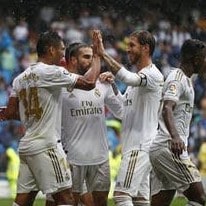 Our partnership with S.L. Benfica, Primeira Liga champions and one of the most successful sports clubs in Portugal.