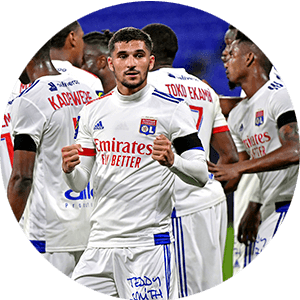 Over 60 years of success

We began sponsoring Olympique Lyonnais in 2020 and our Fly Better logo features on the team shirts. With a record of seven French Ligue 1 wins in a row, Olympique Lyonnais is one of the most loved and respected teams in France. Their consistently high position in the UEFA ranking means the team is also recognised in Europe as a tough contender in Champions League battles, whether in its 60,000-seat Groupama Stadium or abroad.