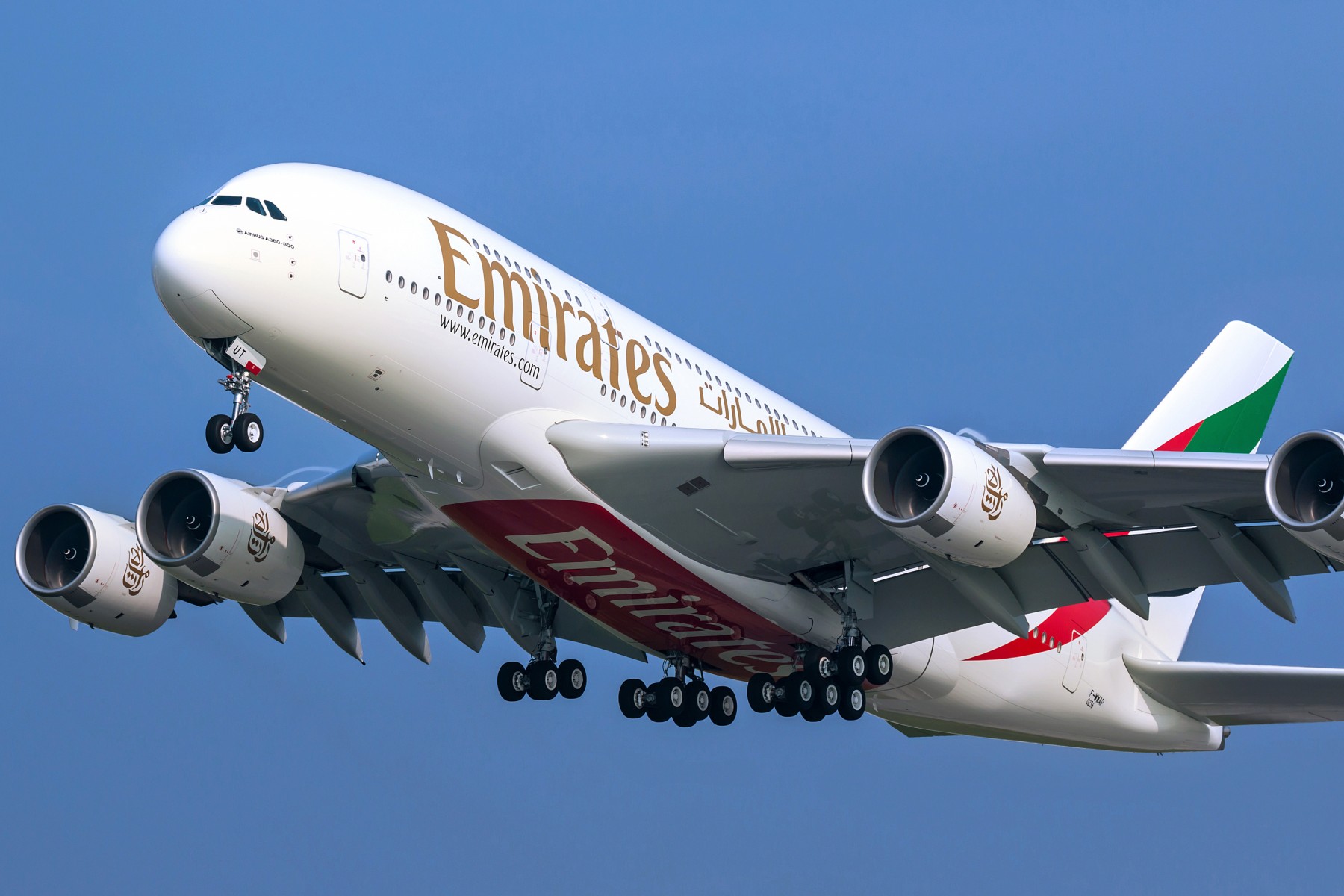 27 September, Dubai – In line with the continued easing of travel restrictions around the globe, Emirates has announced that its flagship A380 aircraft will soon be deployed to an expanded list of destinations starting in October and November. By the end of November, the number of cities that the aircraft will serve will be scaled up to 27, representing a more than 65% increase from its current 16.

The Emirates A380 remains highly sought-after by travelers for its spacious and comfortable cabins featuring modern amenities to make the journey a memorable experience. The airline is gradually and responsibly deploying its popular aircraft in sync with passenger demand as the travel industry continues on its path to recovery. With the addition of 11 routes to the A380 network by November, as well as extra frequencies on the most popular ones already being served by the aircraft, Emirates is poised to offer close to 165,000 additional A380 seats to customers.

Fans of the popular double-decker aircraft will soon see more in the skies as an increasing number of A380s are returned to service, taking flight to operate routes where it is commercially viable to deploy them. Over the next six weeks Emirates will re-instate its signature A380 services to popular leisure and business destinations such as Amsterdam, Barcelona, Dusseldorf, Hamburg, Johannesburg, Madrid, Milan, Riyadh (subject to government approvals), Sao Paulo and Zurich.

Emirates will also introduce a new route to its A380 network that was previously not served by the world’s largest commercial aircraft. The flagship aircraft’s services to Istanbul are scheduled to launch on 1 October, set to become the first-ever A380 operation in Turkey.

As the world’s largest operator of the A380 aircraft, the airline’s total fleet of A380s will reach 118 by year-end, including six aircraft equipped with Premium Economy seats in a 4-class configuration. The airline currently flies to over 120 cities, representing 90% of its pre-pandemic network, and plans to restore 70% of its capacity by the end of the year are on track with the return to service of more than 50 A380 aircraft.

In addition to signifying the airline’s continued commitment to and confidence in the A380, Emirates is scaling up of operations across its global network to meet the surge in customer demand to Dubai as well as other destinations that allow quarantine-free entry for specific nationalities and vaccination status. Dubai safely welcomed over 4 million overnight leisure and business visitors since it reopened in July 2020 and with Expo 2020 Dubai just days away, the city is preparing to welcome visitors for the world’s largest gathering and highly-anticipated event which will include a rich line-up of themed weeks, entertainment, workshops, live shows as well as country pavilions and special installations to get a glimpse of the future.

The Emirates A380 experience has remained a long-time favourite amongst travel enthusiasts, loved for its extra legroom and comfort and the industry’s largest screens for customers across all cabins to enjoy the airline’s extensive selection of content on its award-winning in-flight entertainment system, ice. Customers travelling in premium cabins continue to return again and again when making travel plans, for its signature features such as the popular Onboard Lounge and fully flat seats in Business Class, as well as private suites and Shower Spas in First Class.

In December 2020, Emirates introduced its first A380 aircraft in 4-class configuration, featuring Premium Economy. By November this year, the airline will have six aircraft equipped with the seat offering and new-look cabin interiors.

Keeping the health and wellbeing of its passengers as top priority, Emirates has introduced a comprehensive set of safety measures at every step of the customer journey. The airline has also been building on its contactless technology offering and has scaled up its digital verification capabilities to provide its customers even more opportunities to utilise the IATA Travel Pass.

Emirates continues to lead the industry with innovative products and services that address traveller needs during a dynamic time. The airline has taken its customer care initiatives further with even more generous and flexible booking policies, an extension of its multi-risk insurance cover, and helping loyal customers retain their miles and tier status.

Customers are encouraged to check their latest government travel guidelines and ensure they meet the travel requirements of their final destination. For more information on entry requirements for international visitors and residents returning to Dubai visit: https://www.emirates.com/english/help/covid-19/dubai-travel-requirements/