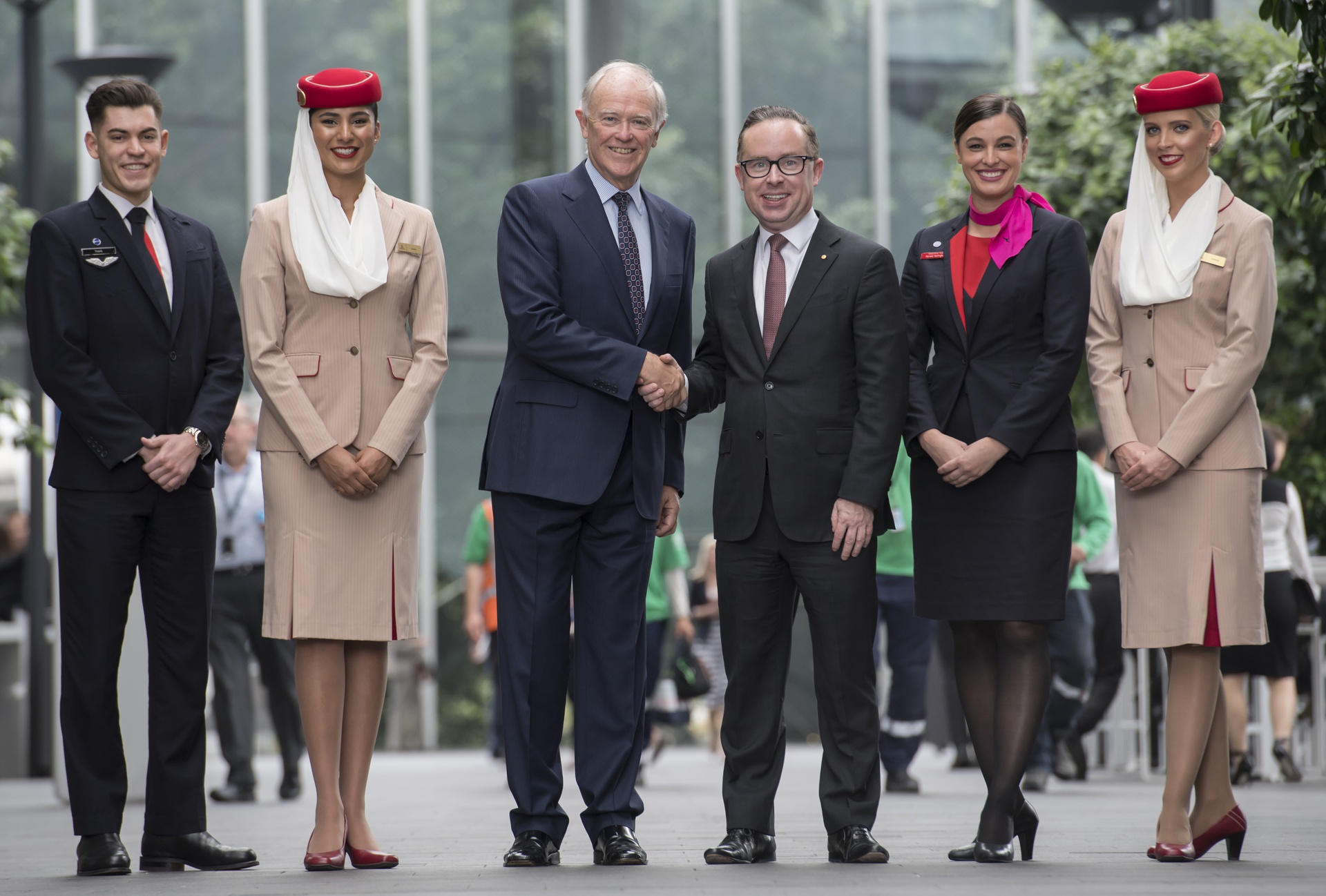 · Airlines apply to regulators to extend partnership until 2023

Sydney/Dubai, 11 October 2017 – Qantas and Emirates today announce additional network changes under the joint partnership which provide customers with greater year round frequency and more services between Australia and New Zealand.*

These changes reflect customer demand and the airlines’ respective network strengths and provide more options for customers to travel between Australia and New Zealand to Asia, the UK/Europe, Middle East and Africa.

From March 2018, Emirates will stop flying from Melbourne and Brisbane to Auckland and instead focus on its non-stop Auckland-Dubai service. Emirates will retain its existing daily A380 flights from Dubai to Christchurch via Sydney, and the airline is also evaluating potential new direct services between New Zealand and Dubai.

Qantas’ new trans-Tasman services will carry Emirates code and will connect seamlessly to Qantas’ London services via Perth or Singapore and Emirates’ services between Australia and Europe via Dubai.

The changes also enable Emirates to reschedule its Australia flights to create a better spread of departure times throughout the day, offering customers more choice when connecting and arriving in to the 38 European and 28 Middle East and North African destinations served by the airline’s popular A380 and 777 aircraft.ᶺ

These latest changes are included in the airlines’ application to the Australian Competition and Consumer Commission (ACCC) and New Zealand Minister of Transport for the extension of authorisation for the airlines’ joint business for another five years.

The airlines’ joint submission also includes, as previously announced, Qantas’ re-routing of its Sydney-London service via Singapore rather than Dubai and Emirates’ new, fourth daily A380 Sydney-Dubai service.

President of Emirates airline, Sir Tim Clark, said the first five years of the partnership has been a success.

“Reauthorisation of the partnership will allow us to leverage our combined network strengths to offer customers even more flight choices and reciprocal benefits for our millions of frequent flyer members.

“It will enable us to continue developing world-class customer experiences, and contribute to stimulating increased opportunities for international trade, tourism and commerce.”

Qantas Group CEO, Alan Joyce said the network changes outlined in the airlines’ submission to the regulators provide even more options for customers.

“Since 2013 we have delivered more choice and a larger network to eight million passengers who have travelled more than 65 billion kilometres on our joint network.

“We are now enhancing the partnership to reflect customer demand, new aircraft technology and our respective network strengths.

“The premise of the partnership has always been that we could serve our customers better together. That’s certainly been true for the past five years and now we’re evolving our joint network so we can serve them even better for the next five.”

Tickets for Qantas’ new Tasman services will be available progressively from tomorrow.

Emirates customers with existing bookings impacted by the Tasman changes will be re-accommodated onto Qantas services or will be given the option to change their flights.

Find stats and facts about the Qantas-Emirates partnership by scrolling down at link here.

*subject to government and regulatory approvals