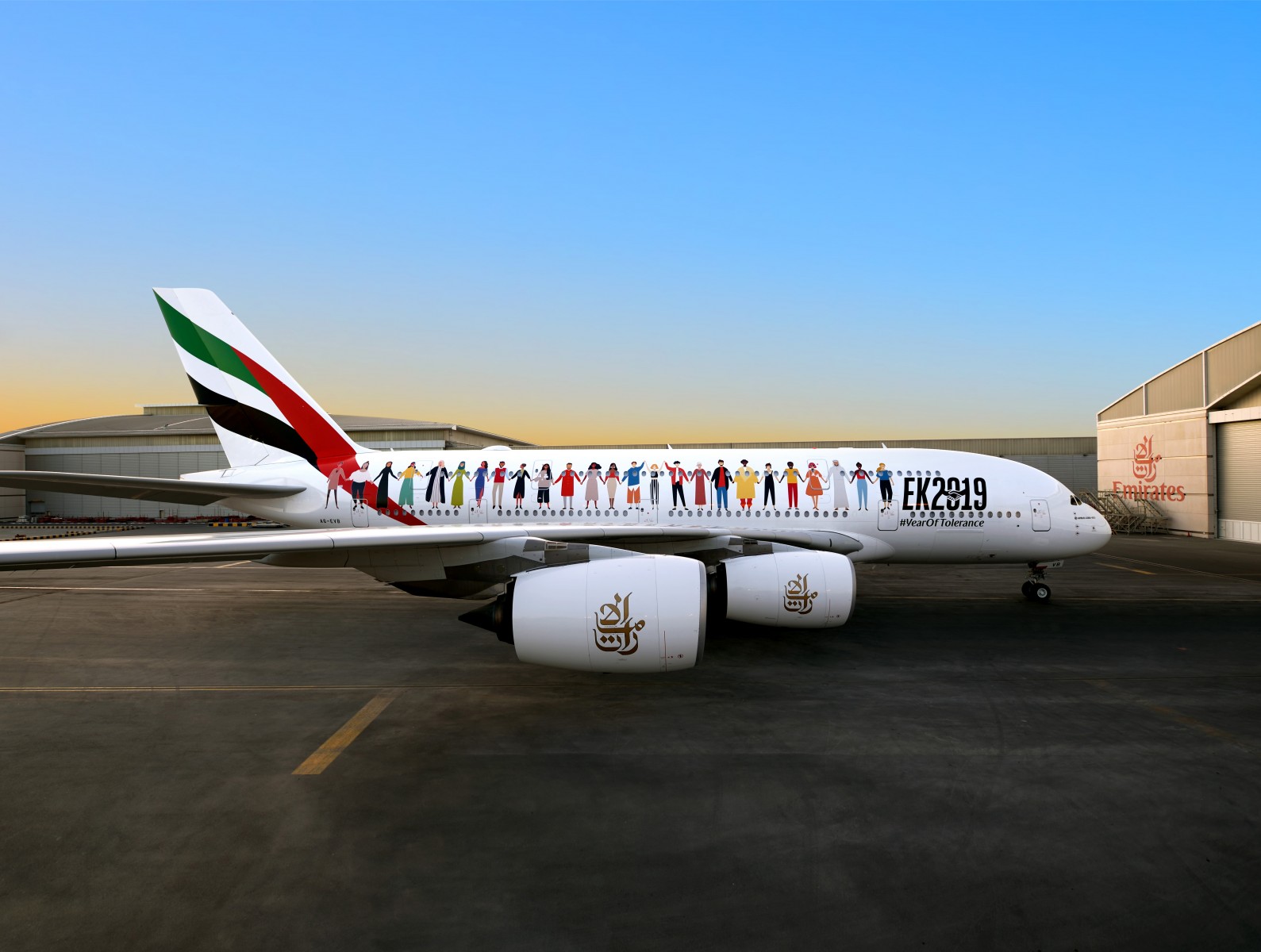 DUBAI, UAE, 27 November, 2019: Underscoring its mission to bring the world together, Emirates has rolled out its A380 dressed in the striking ‘Year of Tolerance’ livery from its Engineering Centre, ready to take-off for the historic one-off EK 2019 flight on 29 November that will bring together the diverse, multi-cultural communities of the UAE.

The vibrant ‘Year of Tolerance' livery depicts a panorama of people from diverse backgrounds and cultures holding hands in solidarity, celebrating the UAE's message of multiculturalism. The colourful illustrations adorn both sides of the aircraft. After its debut this Friday, this aircraft will fly across Emirates’ A380 network of over 50 destinations for the next twelve months to spread messages of tolerance and mutual respect wherever it lands.

UAE citizens and residents can spot the EK 2019 ‘Year of Tolerance’ flight on 29 November as it makes its way at low altitudes across the UAE, from off the coast of Um Al Quwain at approximately 1145hrs, Ras Al Khaimah at nearly 1155hrs, and Fujairah at roughly 1205hrs. The aircraft can also be seen in Al Ain, off the coast of Abu Dhabi at around 1225hrs, as well as on the Sharjah and Ajman corniche at 1235hrs and 1245hrs respectively, before it flies along the Dubai coastline on approach and lands back in DXB at approximately 1300hrs local time.