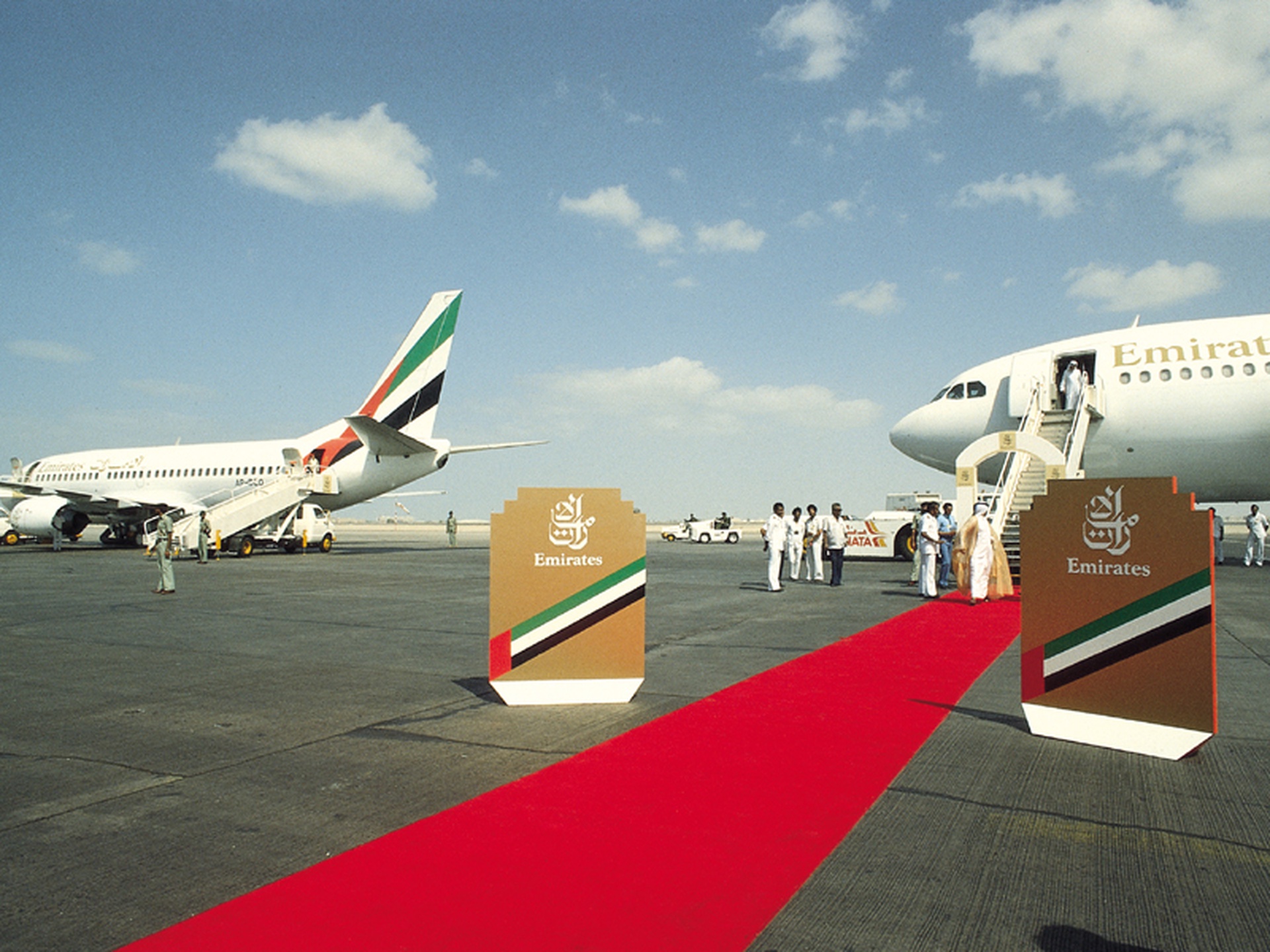 Emirates first flight was to Karachi on 25 October 1985

DUBAI, U.A.E.-  25 October 2015: Captain Fazle Ghani Mian, the pilot at the controls of flight EK600 on 25th October 1985 shares his memories of that historic inaugural Emirates service to Karachi, and the subsequent growth of the airline in a short video message here.

Emirates’ first aircraft - an Airbus A300 B4 and a Boeing 737 - arrived in Dubai on October 20th on wet lease from Pakistan International Airlines, and Captain Mian was amongst that pioneering team involved in the successful launch of Emirates’ inaugural services.

He said: “I came to Dubai on the 1st of October 1985 and met with HH Sheikh Ahmed bin Saeed Al Maktoum and then Emirates Airline Managing Director Maurice Flanagan and their teams. We discussed the tasks ahead and how we wanted to proceed. On the 18th of October a group of 100 pilots, flight and aircraft engineers, maintenance staff, among others all came to Dubai to initiate the planning stages, and we began test flights from then on to ensure everything would operate to plan.  I was also tasked to train UAE National pilots. They were trained in Dubai and got their commercial licenses from the Civil Aviation Authority in Pakistan.

We had some great memories from the first flight. Some of the flight caps were oversized for some of our pilots and they looked quite funny with them on their heads. However, that was a minor detail. We pushed back and took off on time, and this signaled a great achievement for the airline in such a short period of time.”

In the 30 year period since those early days recounted by Captain Mian, Emirates has grown to become the world’s largest international airline, with a reputation for innovation and service excellence. Emirates currently serves 147 cities on six continents. Its truly international workforce represents the diverse talents of passionate men and women from 160 countries, united in a common goal to deliver the best possible customer experience in every aspect of the business.