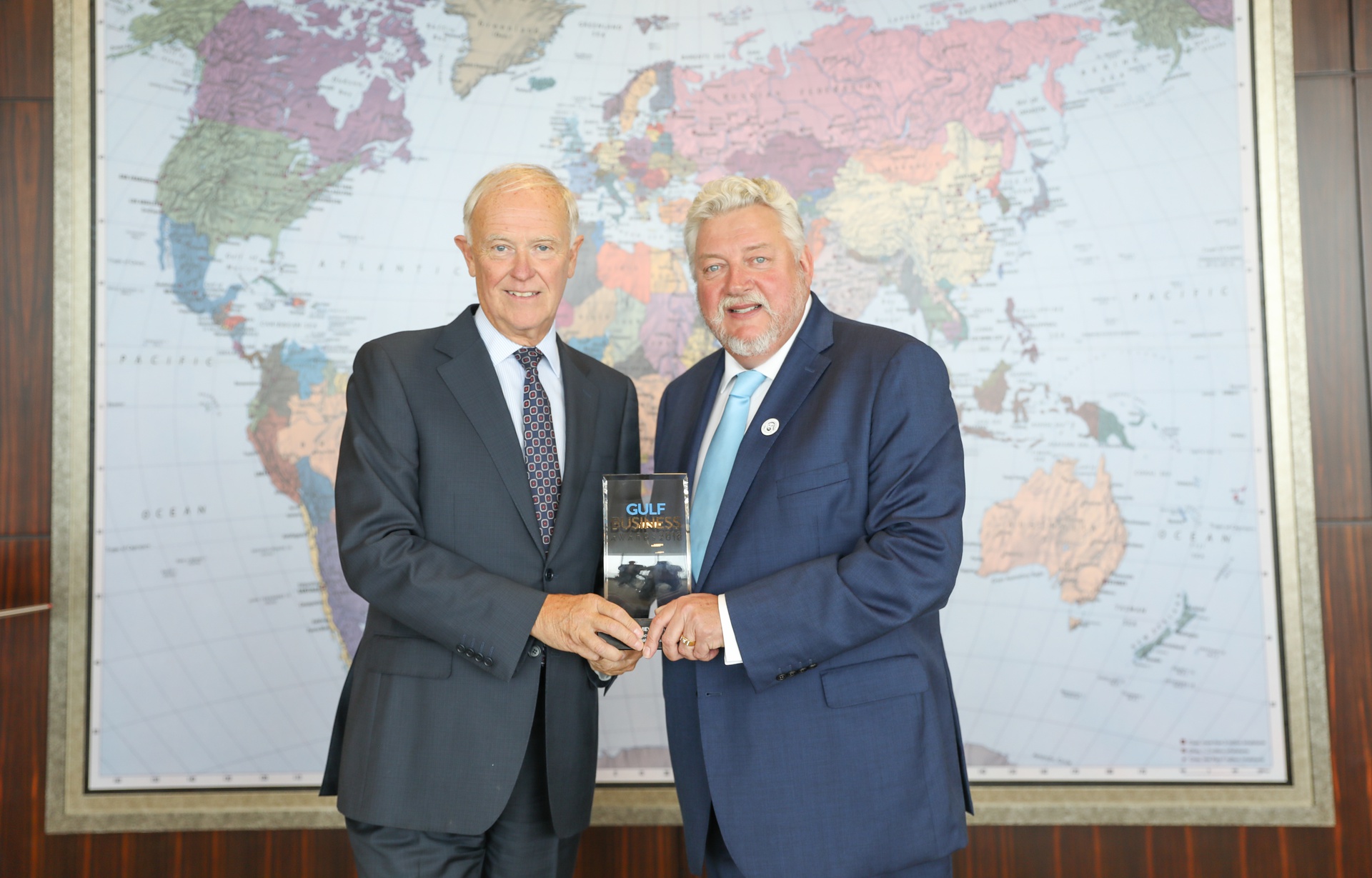 DUBAI, UAE, 11 September 2018:  Sir Tim Clark has been named “Aviation and Transport Business Leader of the Year” at the Gulf Business Awards 2018, held last night in Dubai. The regional accolade recognised Sir Tim for his contribution to the aviation sector over the past 12 months, as well as his dedication and sustained commitment to building an outstanding track record of financial performance, innovation and a superior customer experience.

Covering a wide range of sectors and industries, the Gulf Business Awards attracts leaders within the region’s business community. Awards are presented based on public votes as well as highly competitive judging criteria.

Sir Tim was part of the airline’s founding team, and has played a vital role in the development and growth of Emirates to become the world’s largest international airline, recording 289 million passenger kilometres in 2017. Emirates grew its network in 2017, connecting people and goods to and through Dubai, and contributing to the development of economies around the world through vital air transport links essential to business, tourism and trade.

The airline has also been at the industry helm when it comes to driving a better customer experience, both onboard and on the ground. Sir Tim has also been a strong advocate of leveraging innovative technologies to further differentiate the airline’s products and services.

Over the last 12 months, Emirates has continued its commitment to improving the customer experience through significant enhancements to its Boeing 777 and A380 aircraft, introducing its game-changing Boeing 777-300ER First Class private suites and a new Business Class cabin and configuration on its Boeing 777-200LR aircraft. On the A380, the newly enhanced Onboard Lounge continues to delight customers with its modern finishes and more seating options.

Emirates also continues to provide customers across all classes a plethora of entertainment options with more than 3,500 channels in over 40 languages through its in-flight entertainment system, ice. On the ground, Emirates’ seven Business Class lounges at Dubai International Airport Concourses A,B and C recently underwent an US$11 million renovation,  elevating the customer experience. The airline’s global network of lounges currently stands at 42.

Emirates operates 271 wide-body aircraft, and is the first and only airline in the world to operate a fleet of all Airbus A380 and Boeing 777 aircraft. The airline has continued to expand internationally and today flies to 161 destinations in 86 countries.