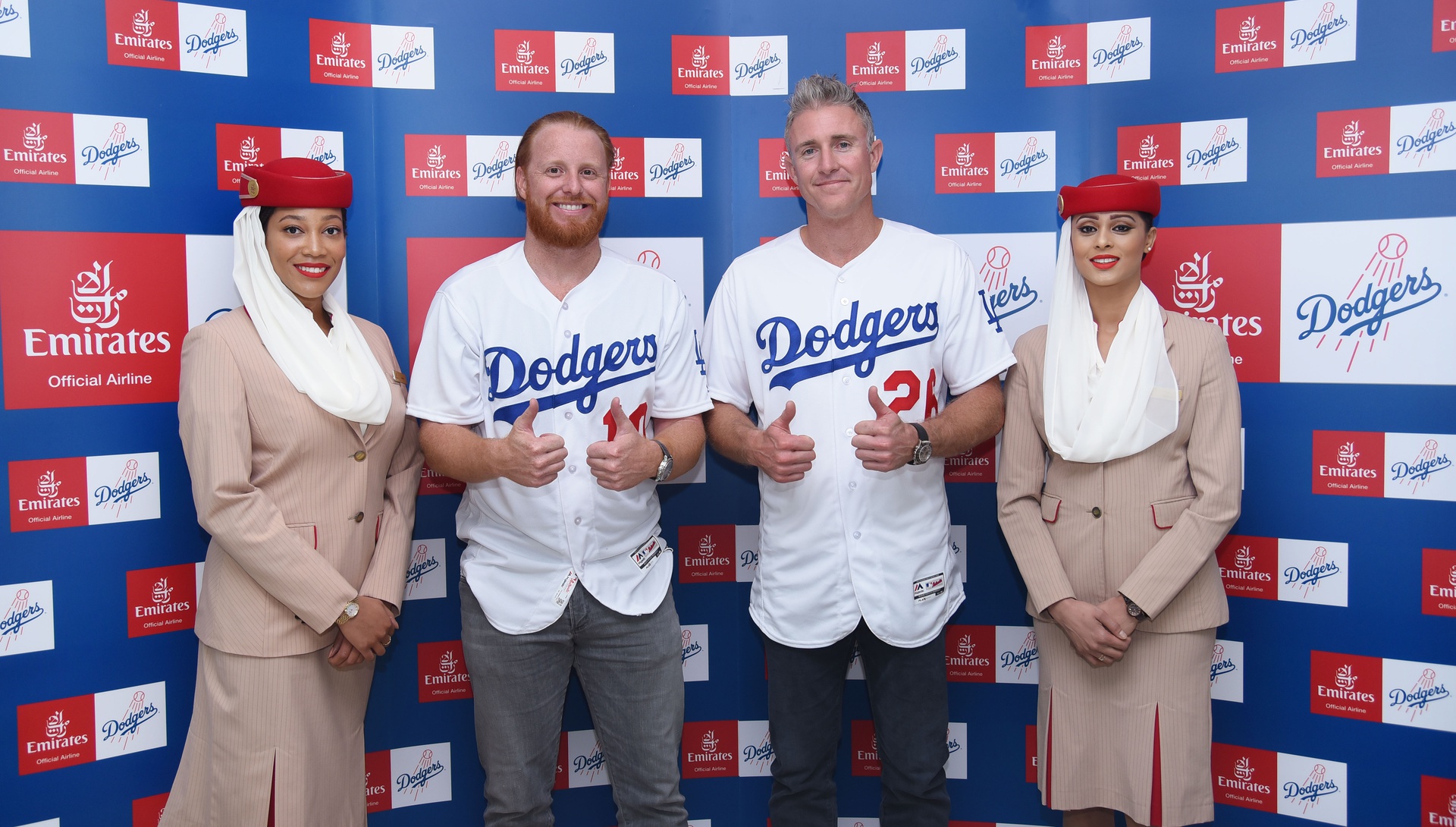 Emirates’ local grassroots initiatives with the Los Angeles Dodgers highlight the airline’s commitment to the development of baseball in Dubai and the UAE.  Emirates and the Los Angeles Dodgers currently support the Dubai Little League with financial support, equipment, and uniforms to develop the talent of the 700 players in different divisions. The support is paying off. The Dubai Little League is fast becoming known as a place to groom young players and has opened the doors for a number of players to play college baseball, paving the way for potential professional league contenders.

Tomorrow morning, Justin Turner and Chase Utley will host a kid’s clinic, teaching new skills and sharing their knowledge of the game. The players will then hold autograph signings.

The players will also be visiting the ICC Academy to test their cricket skills with the UAE national cricket team. Each LA Dodger player will try and hit 10 balls for 6, while each cricket player will each attempt to hit 10 balls in the aim for a home run.