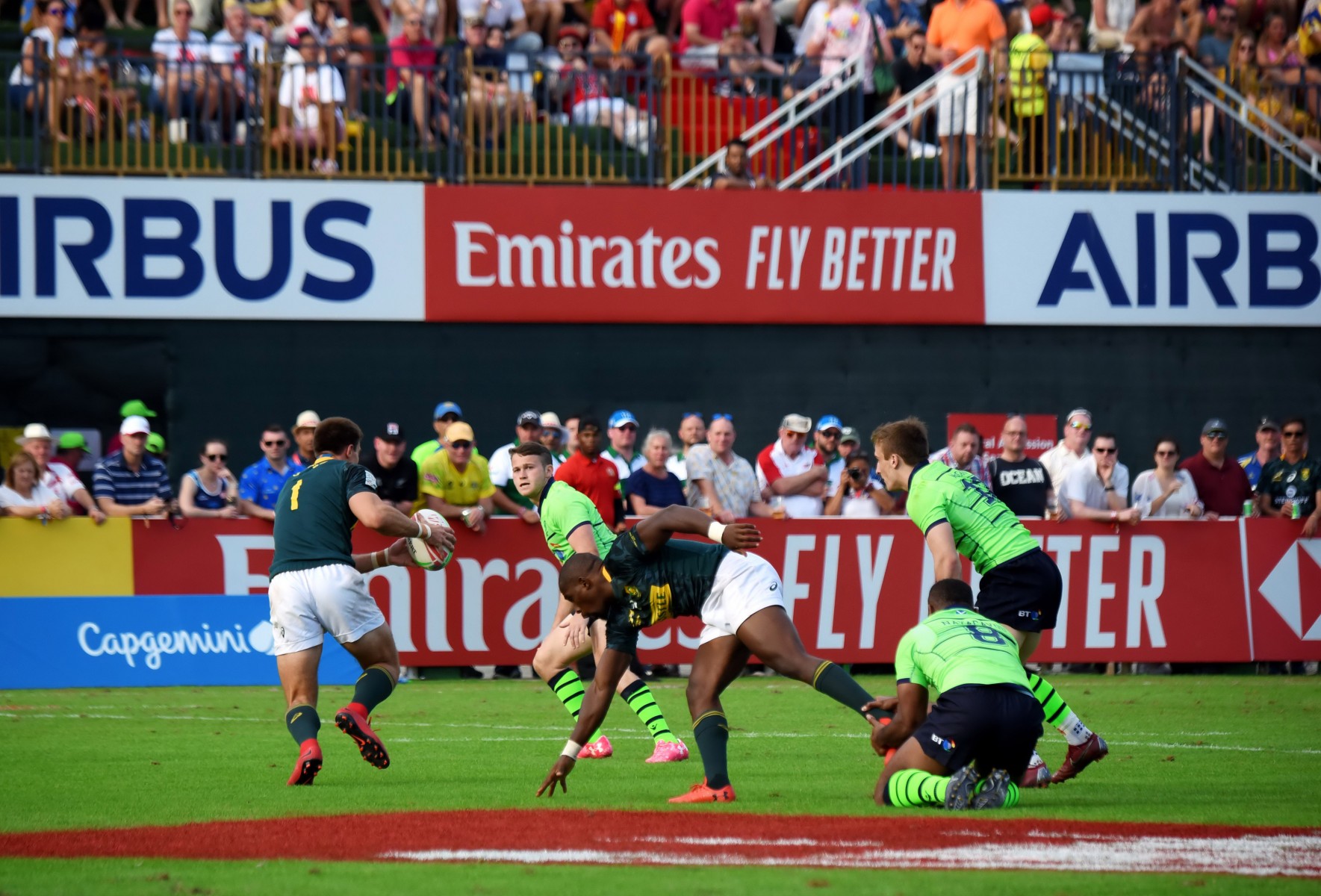 DUBAI, UAE, 4 December 2019: Celebrating the great strides forward that rugby has taken in the UAE and the milestone 50th anniversary of the Emirates Airline Dubai Rugby Sevens, Emirates is ramping up activities during the tournament, with exciting initiatives to engage with tournament visitors and fans of all ages over the three-day event.

The 2019 Emirates Airline Dubai Rugby Sevens kicks off tomorrow at the Sevens Stadium, with what promises to be the largest and most action-packed event on record with over 100,000 fans expected ready to watch over 900 rugby and netball matches across the three days.

Along with activating its world-class hospitality and brand presence across the tournament, Emirates will also be engaging with young rugby fans and their families through the Emirates Kids Zone. Ernie the Penguin and Emirates Cabin Crew will be visiting the zone every day to hand out goodies, including Emirates Kids Zone passports.

For Snapchatters out there looking to customise their tournament experience and content, Emirates will be rolling out a bespoke augmented reality lens during all three tournament days. The lens can be unlocked by scanning the Emirates Airline Dubai Rugby Sevens logos across the tournament premises. Snapcatters will also be able to experience the region’s first augmented reality flypast through a special lens that will be activated at the stadium. In addition, a special face lens will be activated across the UAE, allowing Snapchatters to show their support for their favourite teams during the tournament. Throughout the tournament days, Snapchatters across the UAE will also have access to various custom-built filters allowing them to capture memories of the event. The filters will change based on the various events taking place in and around the stadium.

Emirates Everyday, the newly launched location based app that gives Skywards members the power to earn Skywards Miles anytime, every day at their favourite retail, entertainment and dining outlets across the UAE, will also be rewarding fans throughout the tournament. Branded rugby balls will be handed out to those who sign-up for the App, and fans will have a chance to win 50,000 miles if they download the app over the Dubai Rugby Sevens weekend. Spectators in the stands can also look forward to the Emirates Everyday Cannon, which will send out Skywards Everyday branded t-shirts six times daily during matches.

Joining Jack, the Emirates-sponsored Legends team who are the reigning champions of the International Vets group are coming back this year to the Dubai Rugby Sevens to defend their title. Joining Jack features some of the most famous names in rugby, who are working to raise money and awareness in the fight to find a cure for Duchenne Muscular Dystrophy. Joining Jack will be regularly visiting the Emirates hospitality chalet for talks and Q&As with guests and media.