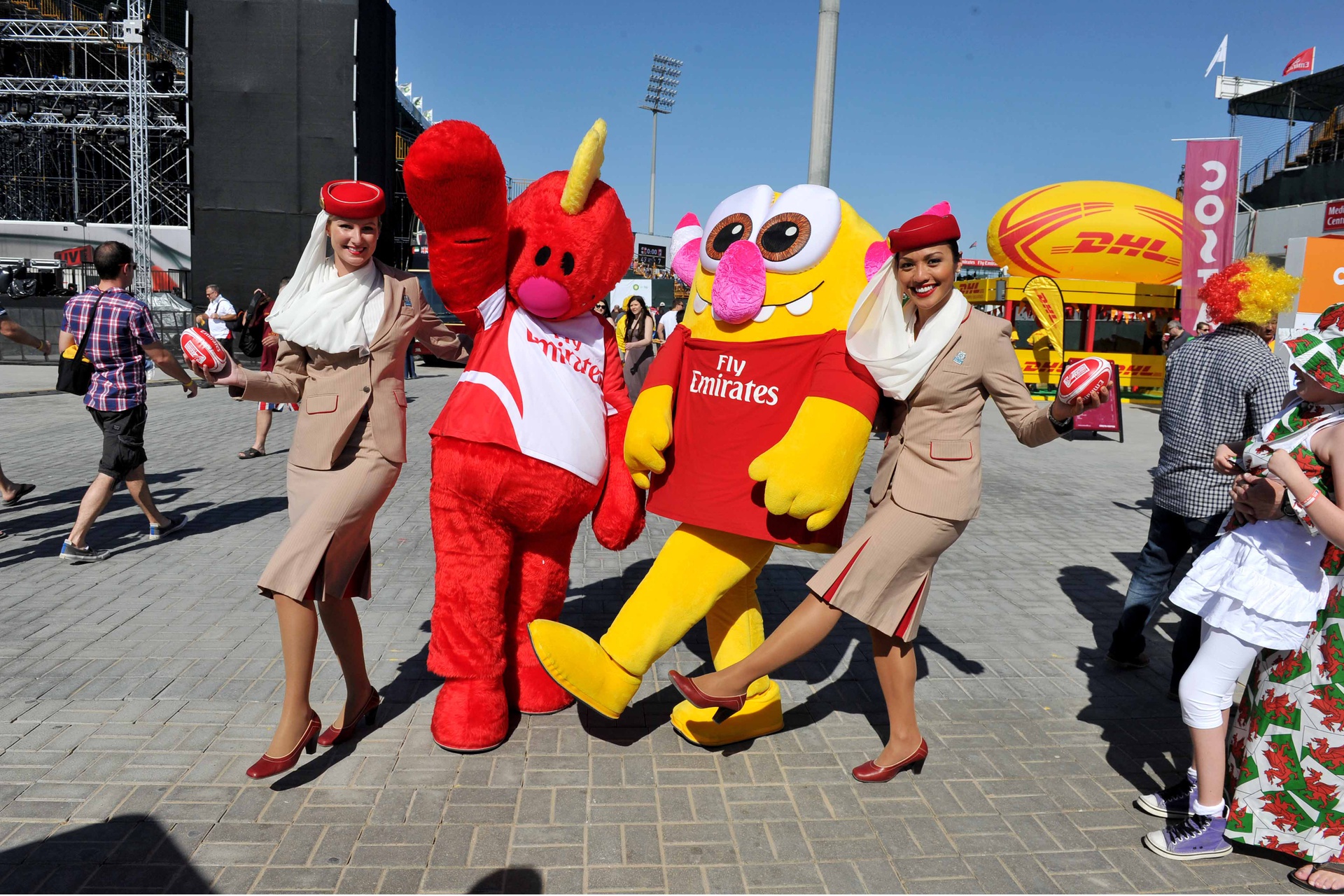 During the three-day rugby frenzy, Emirates cabin crew at the tournament will take pictures with fans and hand out on-board Fly with Me Monsters Tezz and Zaive to kids around the village.

DUBAI, UAE – 3rd December 2014 – Emirates, title sponsor of the Emirates Airline Dubai Rugby Sevens, will offer a weekend to remember for all rugby aficionados attending the tournament with a series of fun activity initiatives to engage and reward fans.

Rugby fans will have a chance to snap a picture of themselves and the Webb Ellis Cup, which Emirates will proudly display throughout the tournament at its booth. Fans who have their photo taken with the trophy can enter a draw to win a trip to the Rugby World Cup 2015, taking place in the UK. Fans are also encouraged to use #HelloRWC2015 when posting their photos on social media platforms. Emirates will fly the lucky winner to a Rugby World Cup 2015 pool match of their choice. The trophy will be displayed until 5pm each day at the Emirates booth in the village during the three tournament days.

During the three-day rugby frenzy, Emirates cabin crew at the tournament will take pictures with fans and hand out on-board Fly with Me Monsters Tezz and Zaive to kids around the village while crowd cannons will blow Fly Emirates branded t-shirts to fans in the stands.

Earlier this year,  Emirates announced a sponsorship agreement for Rugby World Cup 2015 and 2019. Emirates also extended its sponsorship of the International Rugby Board’s (IRB) match officials until the end of 2019, which includes for the first time in Rugby World Cup (RWC) history the rights to brand the shirts of match officials on the field of play during the tournament.