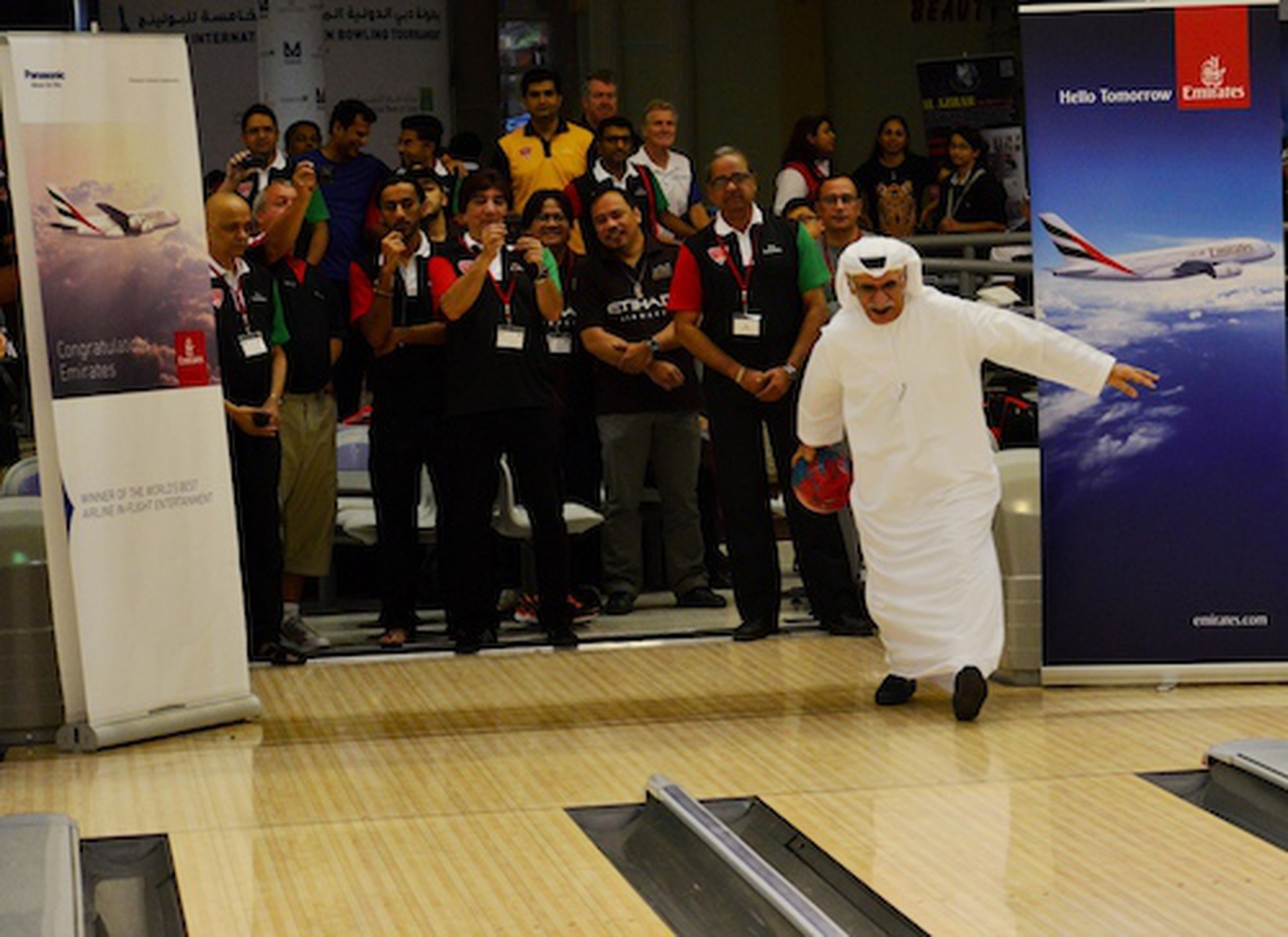 DUBAI, UAE - 22nd October 2014: More than 120 international bowlers are competing in Dubai this week at the 7th World Airline Bowling Championship (WABC). They will be representing 18 international airlines or aviation-associated companies at the WABC, which will be held at Dubai International Bowling Centre from 22nd to 25th October.

The bowlers are competing for trophies in the Singles, Doubles, Masters, Semi-masters and Team events, as well as the sought after World Airline Bowling Cup Champion Team accolade. Emirates will be bidding to get back the title they lost in 2012 and will have a strong line-up, while defending champions Etihad Airways will fight fiercely to retain the title.

“We are proud to be hosting teams from across the world and look forward to renewing rivalries with old friends at an event which is renowned for the friendship between the competing teams,” said Mohammed Al Khaja, President and Chairman of the Emirates Airline Bowling Club, which is organising and hosting the event. “The quality of the players is always very high and with the usual friendly but competitive atmosphere expected, I have no doubt we will see an exciting three days of action”.

“This event gets better every year, with the number of teams and standard of play increasing all the time,” added Mr Al Khaja, who is also Divisional Senior Vice President Safety and Standards with the Emirates Group.

Doubles events, both male and female, take place on Thursday October 23rd from 19:00 to 17:00. On Friday 24th October there will be singles semi-masters and masters action from the male and female players from 09:30am to 16:00pm, while the stepladder finals for the Masters event takes centre stage from 16:30pm to 18:30pm.

Admission is free to spectators, who are welcome throughout the tournament.