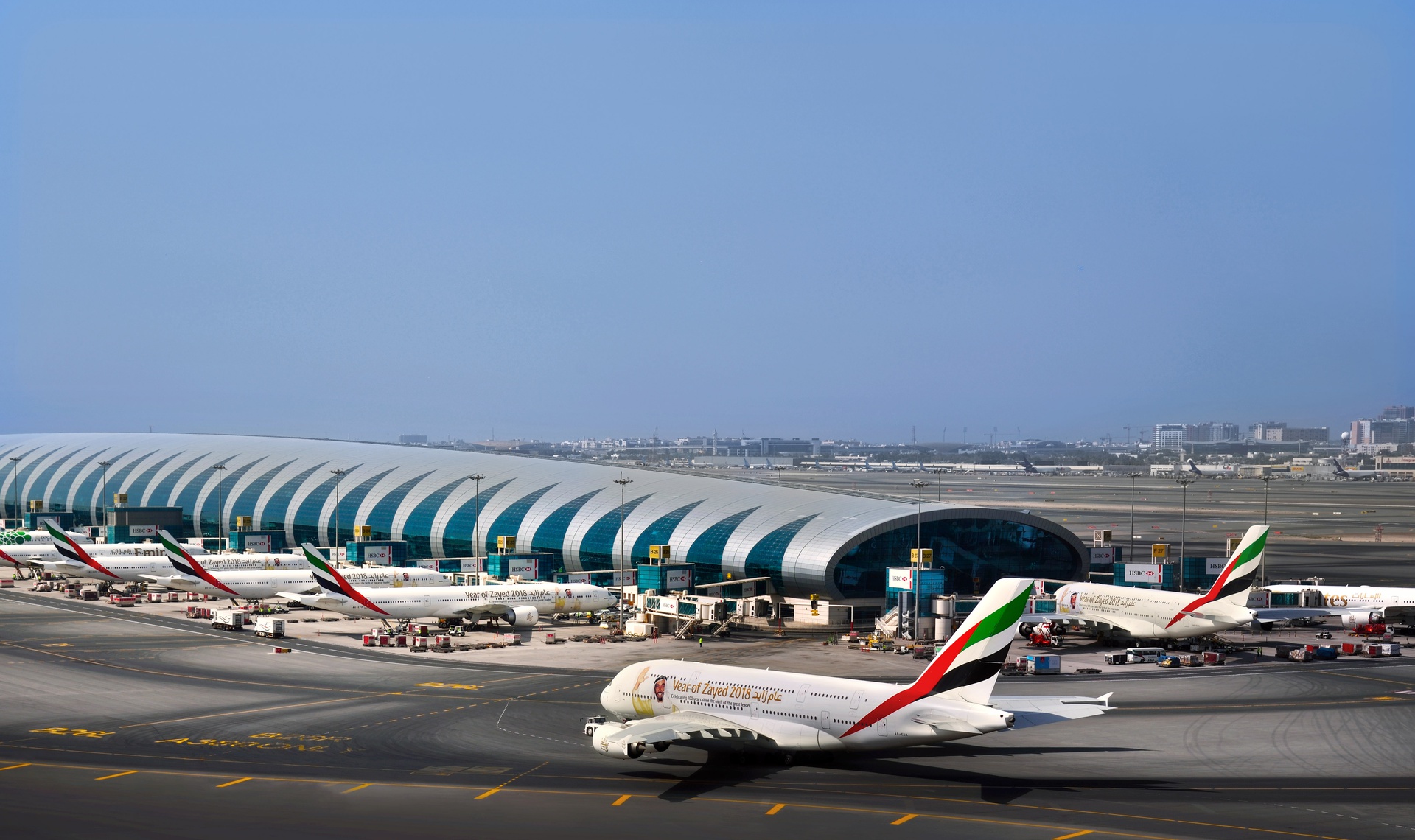 Dubai, 25 March 2018 – Emirates has completed the application of the specially-designed ‘Year of Zayed’ livery on ten of its aircraft. This tribute to the late His Highness Sheikh Zayed bin Sultan Al Nahyan was first unveiled in November 2017 on the fuselage of Emirates’ 100th A380 aircraft, and commemorates the 100th year of HH Sheikh Zayed’s birth.

Watch the decals being applied at Emirates’ Engineering Centre in Dubai, and the aircraft take to the skies.

His Highness Sheikh Ahmed bin Saeed Al Maktoum, Chairman and Chief Executive, Emirates Airline & Group, said: “His Highness Sheikh Zayed was a legendary leader, a true pioneer, and an inspirational figure.  His legacy for sustainable development lives on in the spirit of the UAE.  Emirates is proud to spread his universal message to global audiences in airports and cities around the globe.”

Five Airbus A380s and five Boeing 777-300ERs with the ‘Year of Zayed’ livery have circled the globe on over 1,500 flights to date, and will continue to carry its message of inspiration from the UAE’s late founding father throughout 2018.

The “Year of Zayed” is a year-long tribute to HH Sheikh Zayed’s remarkable legacy and values which have shaped the formation of the UAE.  Through the pillars of wisdom, respect, sustainability and human development, the inspirational leader has created a lasting vision of prosperity, determination and tolerance – attributes that remain strongly embedded in UAE culture.

Each bespoke decal covers an area of 480m² on the A380 and 312m² on the Boeing 777-300ER. Since November 2017, the ten aircraft have travelled to 90 destinations across six continents including Rome, Sydney, Hong Kong, Los Angeles, Buenos Aires and Accra. The aircraft have collectively flown more than 4 million kilometres. Dedicated Emirates staff at the Emirates Engineering Aircraft Appearance Centre spent a total of 119 days to install the decals.

Emirates’ modern and efficient fleet of 270 all wide-bodied aircraft connect people and opportunities across its global network of 159 destinations in 85 countries. Based in Dubai, Emirates is one of the world’s largest airlines by international air traffic, and one of the most recognized airline brands globally through its support of premier sports and cultural events. It was named World’s Best Airline in TripAdvisor’s 2017 Travelers’ Choice Awards.