Emirates celebrates 10th year of connecting Brazil to the world 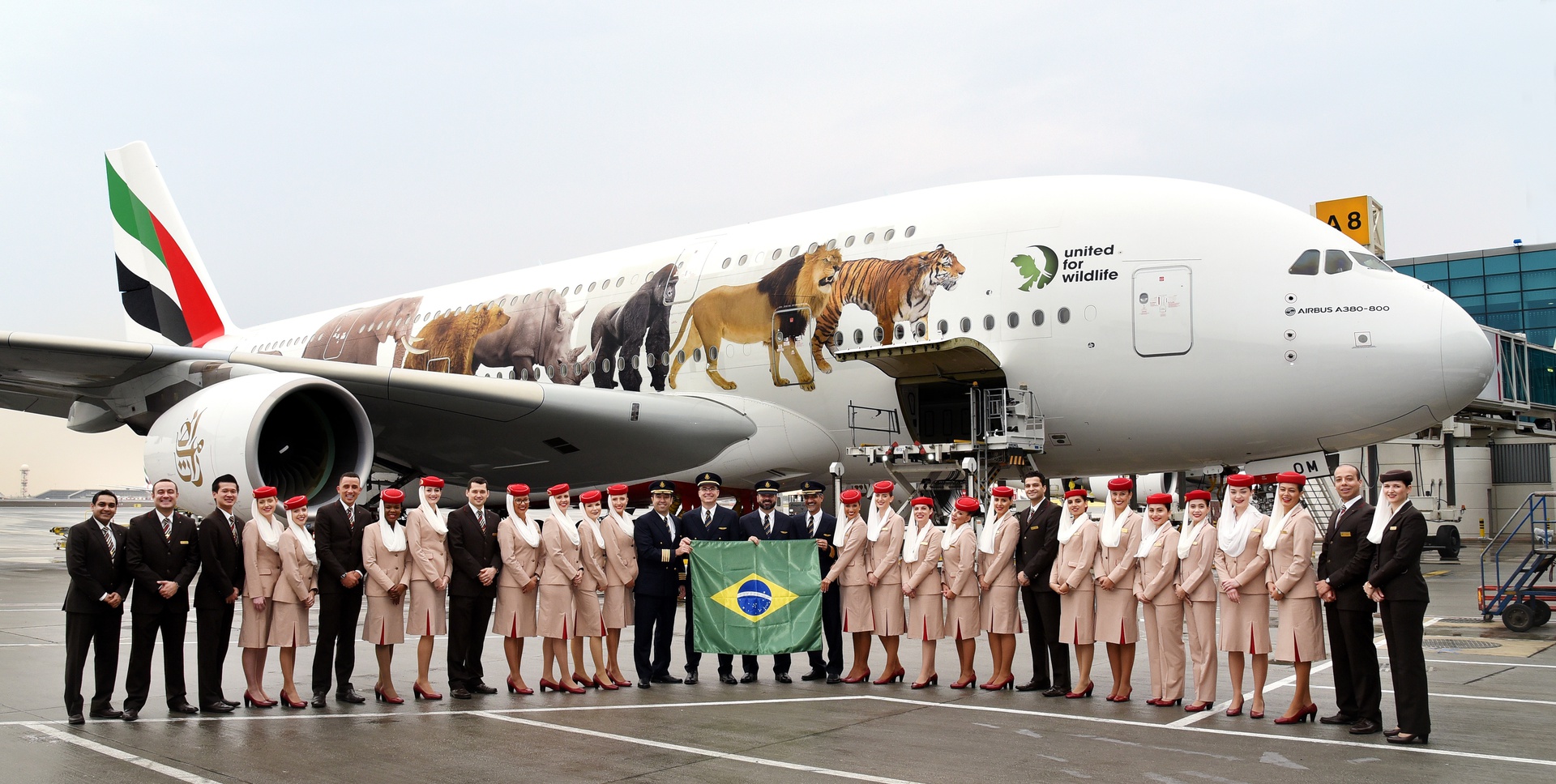 In October 2007, Emirates became the first airline to link Brazil and the Gulf region with non-stop flights between Sao Paulo and Dubai. Now serving the two main cities in Brazil daily – São Paulo and Rio de Janeiro –Emirates, the world’s largest international airline, has carried over 2 million passengers in 10 years of service to Brazil. The number of passengers carried annually in Emirates’ first year of operations – over 26,000 in 2007—has grown to over 288,000 passengers in 2016.

In 2012, Emirates expanded its presence in Brazil by adding a daily service between Dubai and Rio de Janeiro. Underlining its commitment to the Brazilian market, Emirates started to operate the first ever scheduled commercial Airbus A380 flight to South America in March this year. The switch to the A380 offers a total of 959 additional seats per week in each direction meeting a growing demand from travellers on the route. The most travelled destinations from Brazilian passengers over the last few years have been Dubai, Bangkok, Shanghai, Tokyo and Hong Kong.

According to Brazil's Ministry of Industry, Foreign Trade and Services, Brazilian exports to the UAE grew 87% (US$1.2bn to US$2.24bn) and overall trade grew 72% (US$1.5bn to US$2.6bn) between 2007 and 2016. The UAE is the second biggest importer of Brazilian products among Arab countries, with imports worth US$2.24 billion in 2016. This amount represents almost 40% of all Brazilian exports to the GCC countries, of which food produce and products formed a major component. The UAE in particular is an active trader with Brazil, with two-way trade reaching US$2.6 billion last year.  The vast majority of this trade was exports from Brazil, leaving a significant trade balance of US$1.9 billion in favour of Brazil.

Commenting on the milestone, Hubert Frach, Divisional Senior Vice President, Commercial Operations West at Emirates, said: “The 10-year anniversary is a significant milestone for Emirates in Brazil, celebrating our first touch point in Latin America. Over the years, we have achieved healthy growth on our Brazilian flights, as more and more customers experience Emirates’ award-winning service and our hub, Dubai. We are continuously bringing new exciting leisure destinations closer to Brazilians such as, Bangkok, Tokyo, Vietnam or more recently Cambodia.  We look forward to continue supporting Brazil’s growing inbound tourist numbers and business trade opportunities”.

Passengers on flights to and from Brazil enjoy the hospitality of Emirates’ multi-national Cabin Crew, of which more than 630 are Brazilian, including more than 120 pilots. Emirates also have over 860 Brazilian nationals working from them in various positions around the world.

Emirates’ award-winning entertainment system, ice, has more than 2,500 channels, including Portuguese movies and TV programmes as well as Brazilian music. This year, ice was awarded as the World’s Best Inflight Entertainment at the Skytrax World Airline Awards for the 13th consecutive year.

Emirates is the world’s largest A380 operator with 98 in its fleet and over 80 million passengers have flown on the double-decked aircraft since 2008. The three class A380 on the Sao Paulo route offers a total of 491 seats, with 14 private suites in First Class, 76 lie flat seats in Business Class and 401 seats in spacious Economy Class cabin.  The Emirates A380 is renowned for its First Class Private Suites and Shower Spas, as well as Onboard lounge for First and Business Class passengers to mingle whilst enjoying canapés and beverages prepared by the onboard bartender. Passengers in all classes can enjoy Wi-Fi to stay in touch with family and friends. Passengers travelling on the Emirates A380, will enjoy spacious cabins and experience a peaceful journey in the world’s quietest long-range jet.

Emirates celebrates 10th year of connecting Brazil to the world