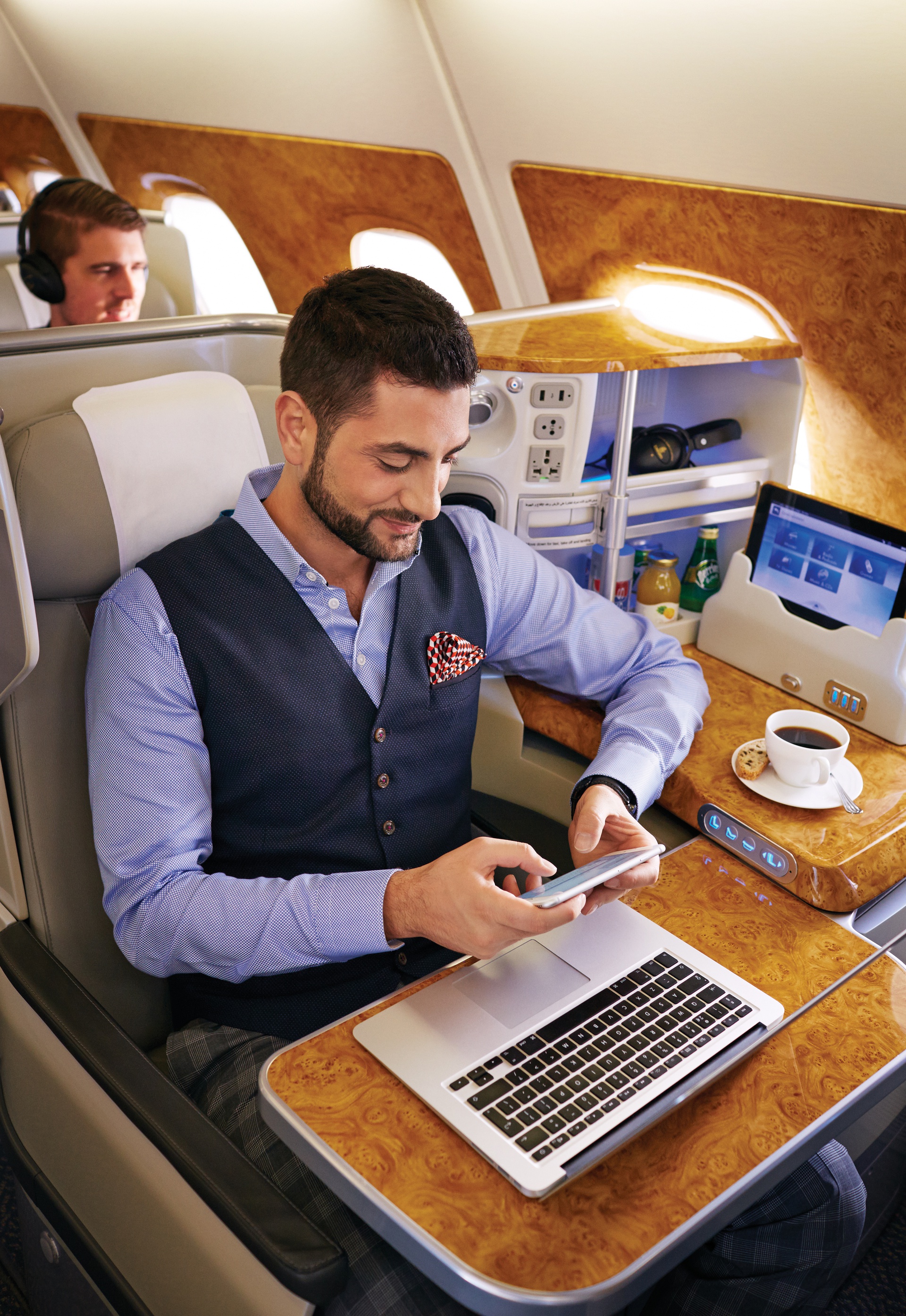 Dubai, UAE, 26 March 2018 – Emirates is celebrating 10 years of enabling mobile phone use on board its aircraft. As a global leader of inflight innovations, Emirates made history in March 2008 by becoming the first airline in the world to allow customers to make and receive calls, as well as send SMS messages from their own mobile phones.

The inaugural phone call was made on March 20, 2008 on Emirates flight EK751 from Dubai to Casablanca. Since then over 2.8 million calls have been made, 60% of which were made from the aircraft, while over a million calls were answered by passengers travelling on Emirates.  The longest call recorded was on a flight from Orlando to Dubai on February 5, 2018 lasting 3 hours and 50 minutes. Over the last 10 years, 87 million SMS messages have also been sent or received.

Emirates has been at the forefront of innovation with connectivity and inflight entertainment on board. Besides allowing mobile phone use inflight in 2008, Emirates was also first airline to install TV screens in every seat on every aircraft in its fleet in 1992. Today, the airline provides one of the most comprehensive and state-of-the-art entertainment and communications services in the skies. ice, the award-winning inflight entertainment system, now offers over 3,500 channels of entertainment, including over 700 movies from around the world. This unmatched variety of content will continue to grow, offering even more choice.

Emirates has continuously been investing in providing connectivity and Live TV for its customers. Over 70% of all Emirates’ aircraft offer Live TV, including all its Boeing 777-200LR and 777-300ER fleet. Wi-Fi connectivity is available on over 98% of the fleet, including all A380s, 777-300ERs and 777-200LRs. Customers in all cabin classes receive 20MB of free Wi-Fi data, and each month nearly one million passengers connect while inflight.

As part of its recent expansion of the Wi-Fi offering on board, Emirates Skywards members enjoy special benefits depending on their membership tier and class of travel, including free Wi-Fi when travelling in First Class or Business Class.