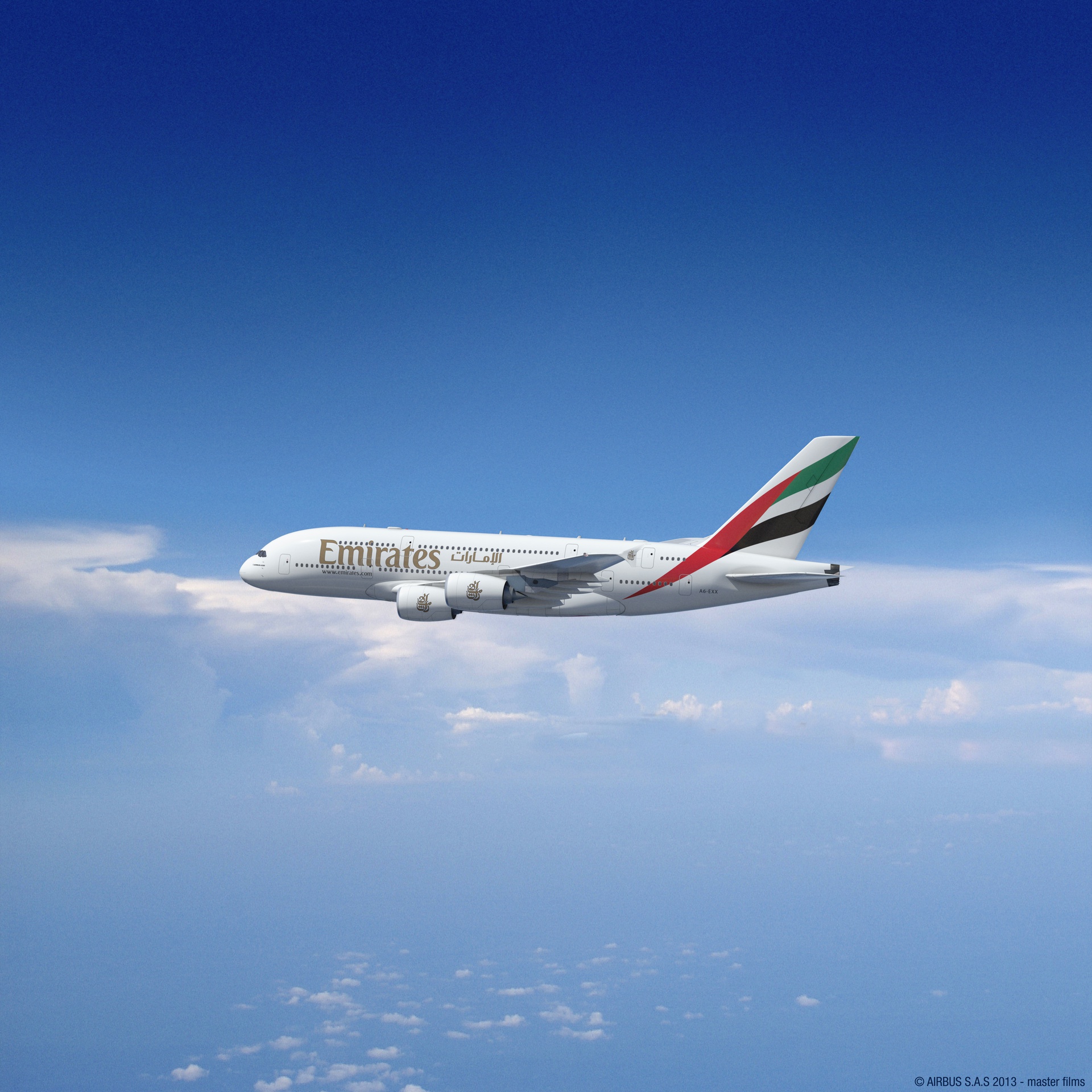 Dubai, UAE, July 12, 2017 – Emirates today announced that both daily flights between Dubai and Moscow will now be operated by the airline’s iconic A380. Commencing October 1, 2017, the double daily Airbus A380 service will significantly boost seat capacity to and from Russia in order to meet customer demand. It will also allow multiple A380 to A380 connections to a wide range of leisure and business destinations such as Mauritius, Bangkok, Singapore, Kuala Lumpur, Hong Kong, Johannesburg, Mumbai, Sydney, Melbourne, Brisbane, Perth, Auckland, Christchurch, Beijing, Shanghai, Guangzhou, Seoul, Tokyo, Taipei and Sao Paolo.

Since Emirates started flying from its Dubai hub to Moscow in 2003, the airline has carried over 4 million passengers on the route. This aircraft upgauge sees an increase of over 1,000 seats per week and clearly demonstrates Emirates’ commitment to the Russian market and further supporting tourism and trade links between the Middle East and countries connected by the vast Emirates worldwide route network and Russia.

Flights EK131/132 and EK133/134 will be operated by an Airbus A380 aircraft in a three-class configuration with 14 Private Suites in First Class, 76 flat-bed seats in Business Class and 427 comfortable seats in Economy Class. In all cabins passengers will enjoy access to Wi-Fi and over 2,500 channels of films, music and games, more than 60 in Russian, through ice Digital Widescreen, Emirates’ award-winning inflight entertainment system.

First and Business Class passengers on the Emirates A380 can spend time during their flight socialising in the popular Onboard Lounge on the upper deck of the aircraft, while tasting fine selection of wines and spirits and gourmet delicacies. First Class passengers have exclusive access to the on-board Emirates Shower Spa.

Premium customers are also offered complimentary Chauffeur Drive services to and from Moscow Domodedovo airport and Dubai International Airport, access to Emirates exclusive lounges across select airports around the world and priority check-in.

Emirates has also made amends to its winter schedule to and from St Petersburg, giving passengers even easier connections to many Emirates destinations including Maldives, Thailand and Sri Lanka with just a short stop in Dubai. From October 29, 2017 until March 24, 2018 EK176 will depart from Pulkovo International Airport at 23:55hrs and land at Dubai International Airport the next day at 07:05hrs. From Dubai EK175 flight will depart at 15:30hrs and land in Saint Petersburg at 20:45hrs.

The new times will enable clients travelling to Dubai an additional day in the city, arriving from Saint Petersburg early in the morning instead of late evening. Given that Russian customers can now receive a free UAE visa on arrival, the new schedule opens up even more opportunities to explore the city and take advantage of the late afternoon departure from Dubai back to Saint Petersburg.

All flight times are local.