Emirates’ A380 to make a One-Off trip to Manila 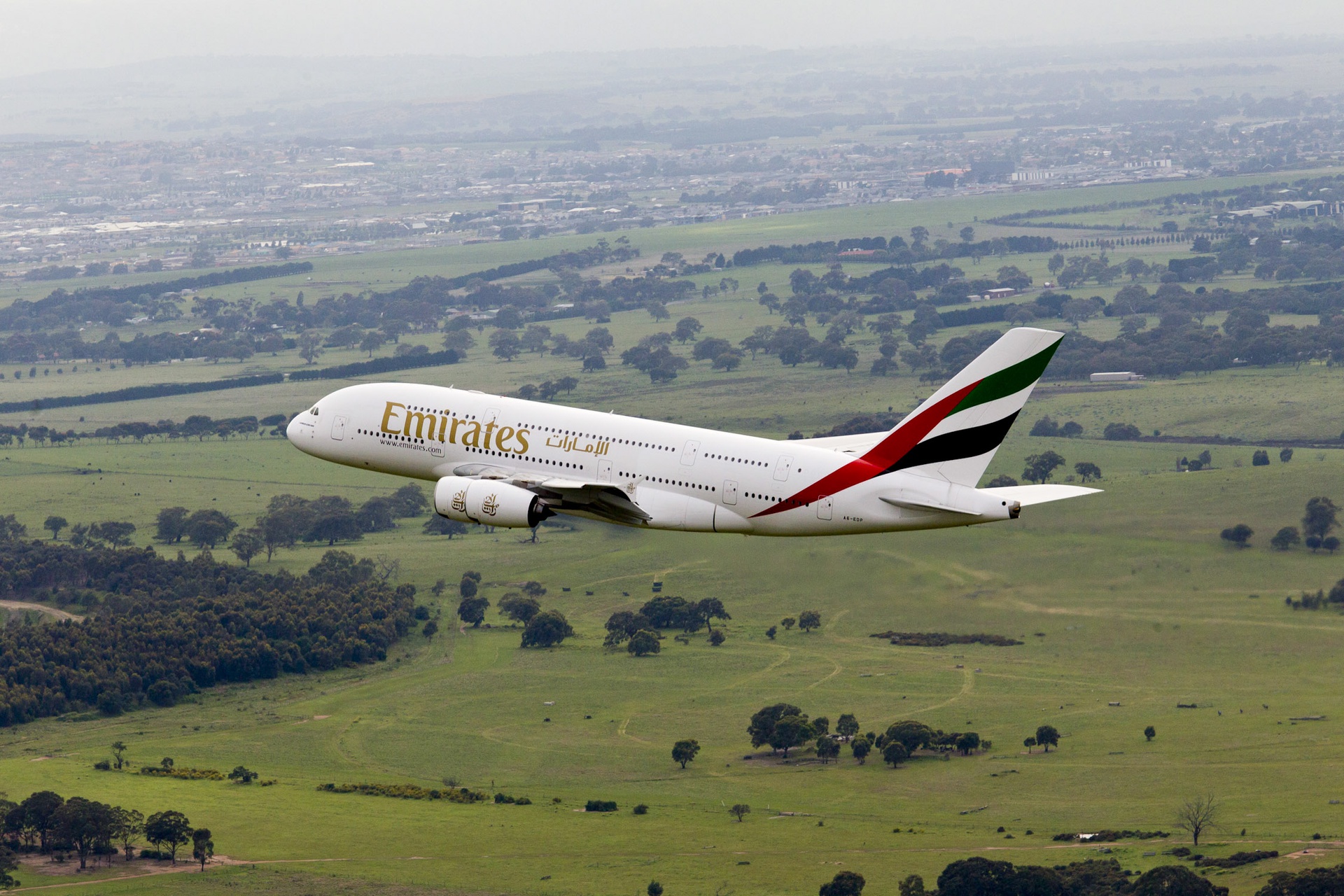 Emirates is taking its flagship aircraft, Airbus A380 to Manila on 7th October to celebrate the airlines’ move to the International Terminal (T3) at Ninoy Aquino International Airport and its commitment to the Philippines.

DUBAI, U.A.E., 1 October 2014 - Emirates is taking its flagship aircraft, Airbus A380 to Manila on 7th October to celebrate the airline’s move to the International Terminal (T3) at Ninoy Aquino International Airport and its commitment to the Philippines.

Emirates began flights between Dubai and Manila in 1990 and due to the consistently strong passenger and cargo demand continued to increase its flight frequency to its current triple daily, non-stop passenger services.

Emirates’ one-off A380 service, which will be flown by Captain Franklyn Mallari Desiderio from the Philippines, will depart Dubai International Airport on 7th October as EK334 at 0920hrs and arrive in Manila at 2210hrs. The return flight will depart as EK8335 at 0115hrs on 8th October, arriving back in Dubai at 0540hrs.

Barry Brown, Emirates’ Divisional Senior Vice President, Commercial Operations East, said, “We are thankful to the Government of Philippines for allowing us to operate three daily flights in to Manila. The Philippines is one of our major markets and we have seen the demand for our services continuing to grow. Since we connected the two cities 24 years ago, Emirates served over 6.6 million passengers and carried over 150,000 tonnes of cargo. Each of our flights over those years have contributed the growth and development of Philippines’ trade and tourism as well as providing ease of travel for overseas Filipino professionals.

“Bringing our flagship A380 to Manila is a fantastic way to celebrate our move to the new international terminal and also our commitment to the Philippines,” concluded Mr Brown.

Emirates currently operates 53 A380s which fly to 31 destinations  across the airline’s ever increasing global network, including London, Paris, Frankfurt, Amsterdam and New York.

Emirates’ A380 is renowned for the range of innovations it offers to make the journey more comfortable and enjoyable for passengers travelling in all classes.

First Class passengers can relax in one of 14 flat-bed, massage-equipped Private Suites; the cabin also has two exquisitely designed onboard Shower Spas, ensuring a revitalised and refreshed arrival.

For First and Business Class passengers the on-board lounge is the social highlight, featuring a fully-stocked bar and a selection of hot and cold canapés.

Business Class passengers can relax in seats that convert to flat beds up to 87 inches (two metres) long, whilst those travelling in Economy Class can stretch out in seats with a pitch of up to 33 inches.

Emirates’ A380 to make a One-Off trip to Manila