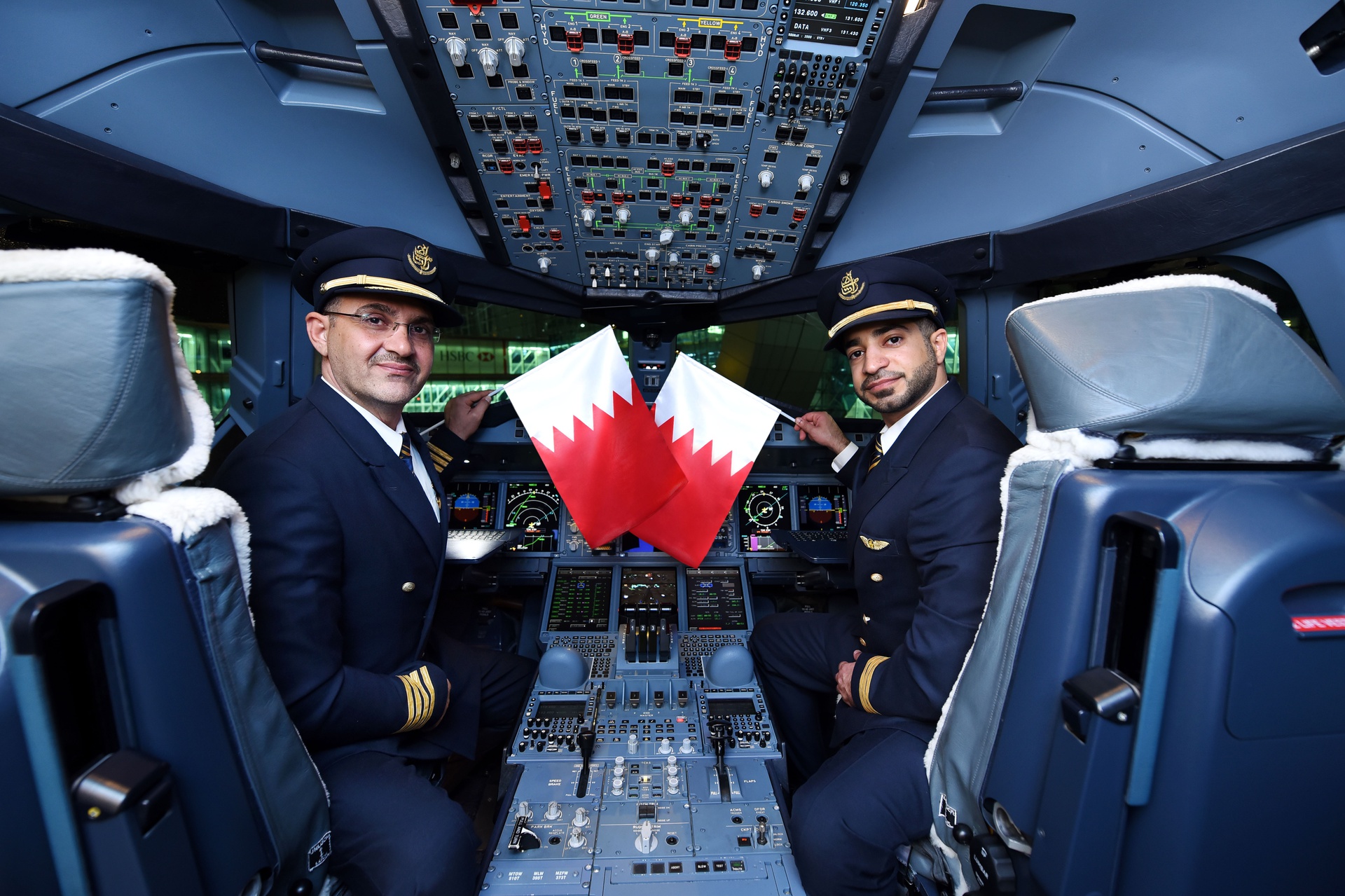 Dubai, UAE, 15 December 2017: Emirates today operated a special one-off A380 service to Bahrain in celebration of the country’s 46th National Day. The special flight operated as EK 835, and is one of the shortest scheduled A380 flight routes in the world, with a duration of 1 hour and 15 minutes.

The A380 one off service was proudly operated by Captain Hassan Alsaati and First Officer Jasim Alaskari, both Bahraini nationals.

Emirates has been flying to Bahrain since 2000, developing its operations by increasing its services based on growing demand, and today operates four daily flights to the Kingdom, connecting Bahraini travellers to over 150 global destinations. Emirates also employs 71 Bahraini nationals as Flight Deck crew, Cabin Crew and in various others positions across the airline.

Set in a two-class configuration, the Emirates A380 that flew to Bahrain features 58 flatbed seats in Business Class and 120 Economy Class seats on the upper deck with another 437 seats in Economy Class on the lower deck. Passengers in all classes can enjoy Emirates’ multi award-winning ‘ice’ Digital Widescreen entertainment system, offering over 2,500 channels of on-demand entertainment available in almost 40 languages. The largest selection of programming in the sky includes TV shows, the latest films, games, podcasts and Live TV, including a robust selection of Arabic programming.