There’s nothing little about Little League®: The LA Dodgers batter up for a Dubai Visit 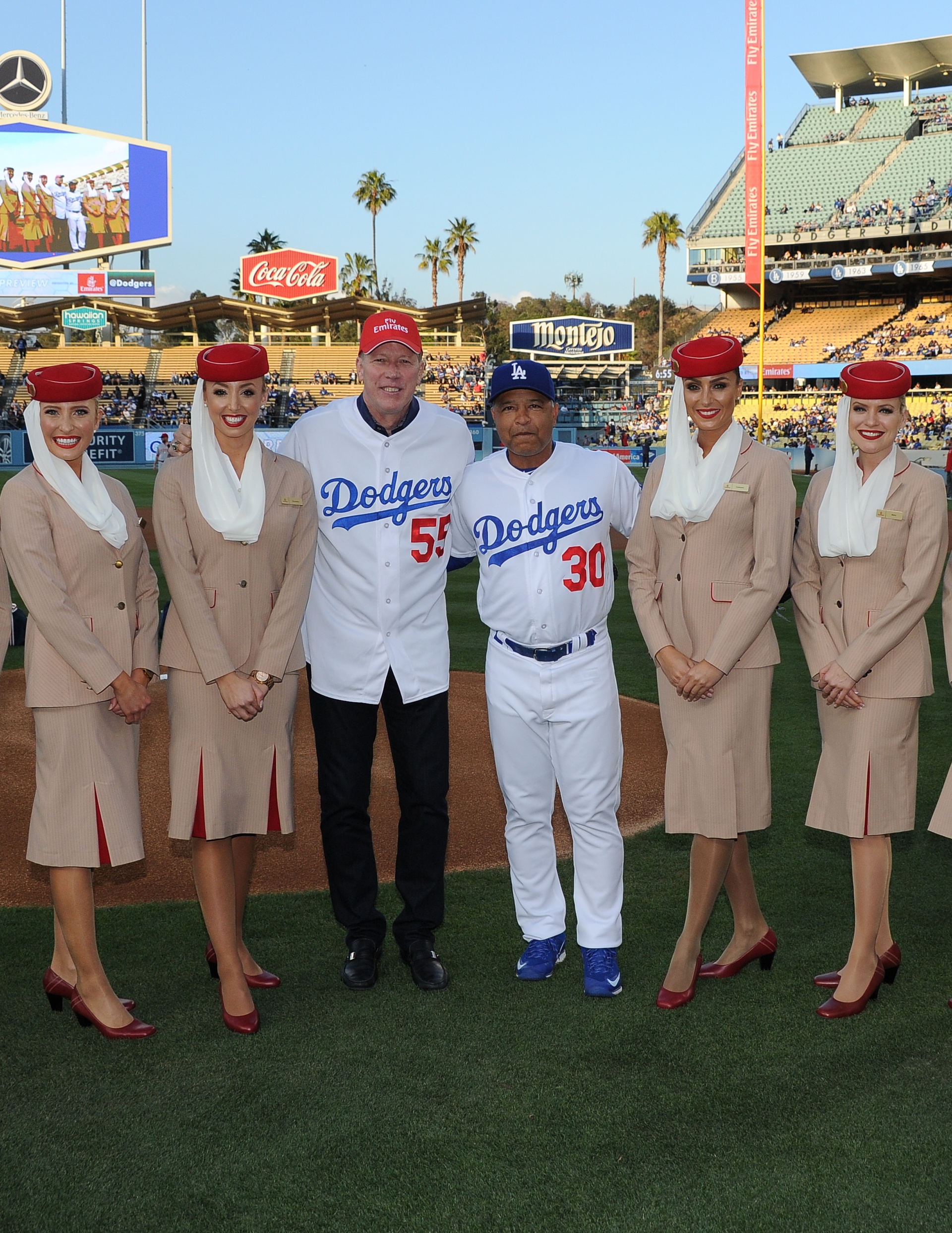 Dubai, UAE: 6th December 2018 – Emirates, the Official Sponsor of the Los Angeles Dodgers, will be welcoming baseball legend, Orel Hershiser and current Los Angeles Dodgers player, Ross Stripling and Bench Coach Bob Geren to Dubai. Orel Hershiser, also known as "Bull Dog" is one of major league baseball's most well-known and respected retired pitchers. Most well-known for his legendary 1988 season, Hershiser pitched the Dodgers to a World Series championship, broke records and was named MVP and Sportsman of the Year, among numerous other awards.

The Dodgers players will be visiting the Emirates Airline Dubai Little League Park on the morning of Friday 14th December 2018, where young, aspiring baseball players and fans can meet and be mentored by their big-league heroes.

The Dubai Dodgers, the Little League team supported by Emirates and the Los Angeles Dodgers, will be in for a treat as travelling players will be running a kids clinic on Friday. Families and friends will also have the chance to meet Orel and the other Dodger’s players, receive autographs, watch the games, and learn tips from some of the best players and legends in Major League Baseball. In addition, a friendly game between the Dubai Dodgers and another team will take place.

In order to support the development of baseball in Dubai and the UAE, Emirates and the Los Angeles Dodgers entered into a commitment to nurture the talent of the 500 players in different divisions at the Dubai Little League in 2016. Since then, young players have benefitted from the mentorship programmes, state of the art facilities, and special clinics.

There’s nothing little about Little League®: The LA Dodgers batter up for a Dubai Visit