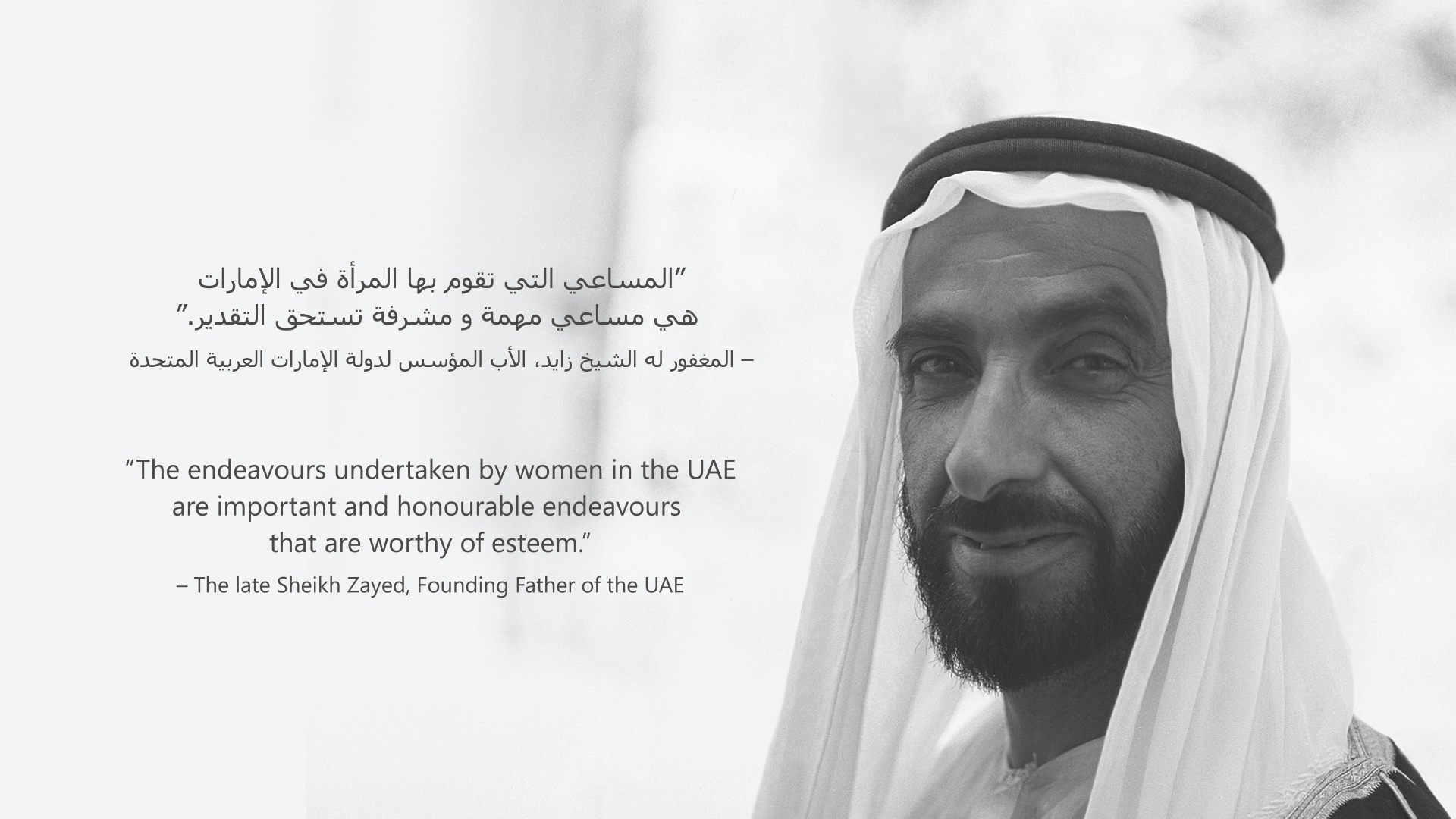 To celebrate Emirati Women’s Day, the Emirates Group unveiled a special video tribute to the late HH Sheikh Zayed bin Sultan Al Nahyan, the founding father of the United Arab Emirates, who was a driving force in supporting the advancement of women in the country.

Dubai, UAE, 28 August 2018 - To celebrate Emirati Women’s Day, the Emirates Group unveiled a special video tribute to the late HH Sheikh Zayed bin Sultan Al Nahyan, the founding father of the United Arab Emirates, who was a driving force in supporting the advancement of women in the country.

Released on Emirates’ social media platforms, the one-minute video draws a parallel between Sheikh Zayed’s vision decades ago and the pivotal roles occupied by Emirati women today. The video concludes with a heartfelt declaration affirming Emirati women’s pride and determination to continue on the path of success as ‘daughters of Zayed’.

“I’d like to take this opportunity to thank all Emirati women for breaking barriers and continuing to make us proud. Their hard work and determination to challenge the norm has helped build our company and nation,” said His Highness Sheikh Ahmed Bin Saeed Al Maktoum, Chairman and Chief Executive, Emirates Airline & Group.

From aircraft technicians and first officers to cargo managers and airport agents, Emirati women continue to challenge the norms in the aviation industry, embodying all the honourable values and traits acclaimed by the late Sheikh Zayed.

The Emirates Group now employs more than 1,120 Emirati women in diverse professions and functions across the company. They are employed in a myriad of roles, in departments spanning Flight Operations and Engineering to Group IT, Finance and Commercial, amongst other professions.