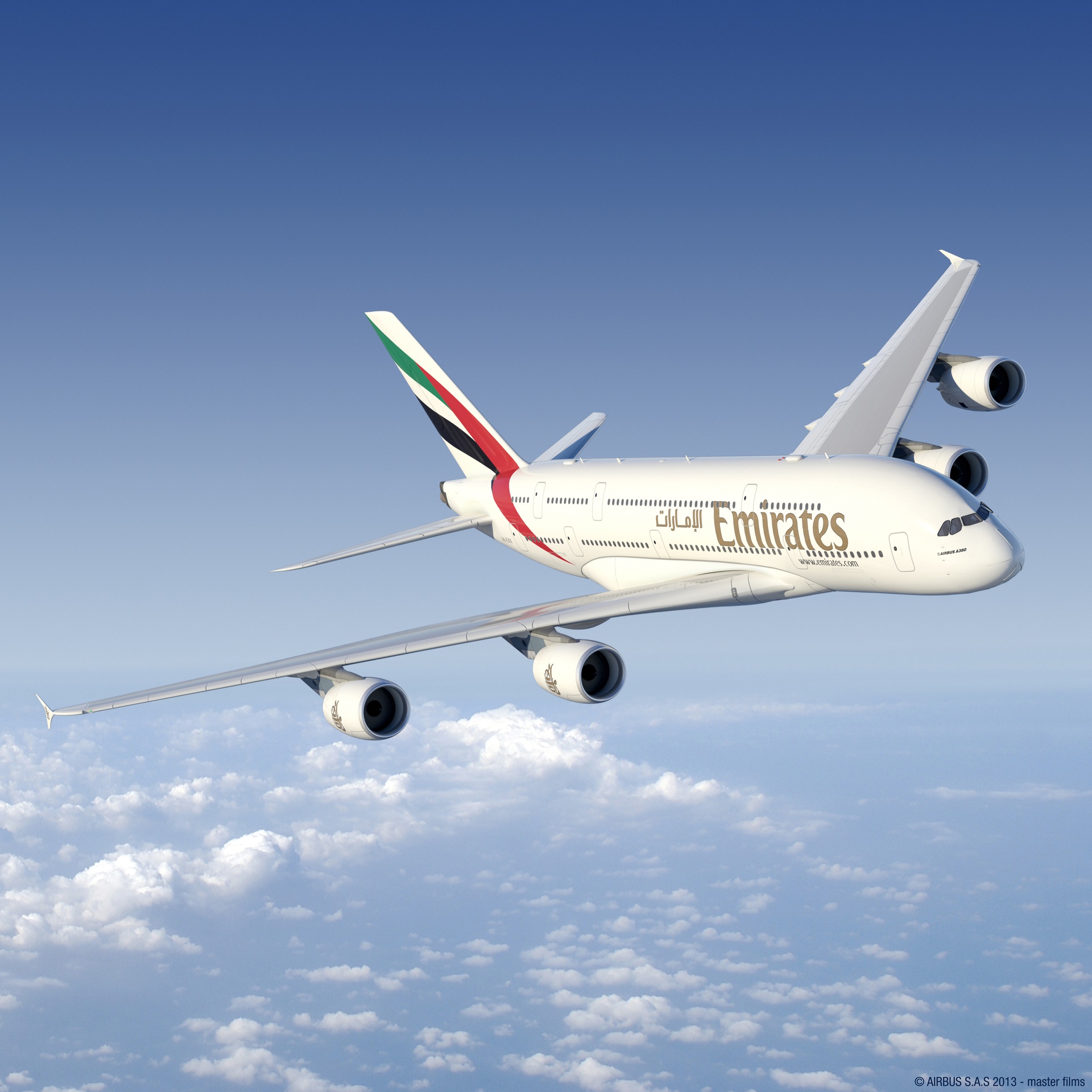 DUBAI, U.A.E., 21 February 2019: Emirates will be showcasing its flagship Airbus A380 for two days at the first ever Saudi International Airshow. The popular double-decker aircraft will be on display on March 12th and 13th at Al Thumamah Airport in Riyadh, giving visitors the opportunity to tour its interior and experience its award-winning products across all classes, including Emirates’ refreshed OnBoard Lounge. The airshow is the first international aviation and aerospace exhibition of its kind in the Kingdom of Saudi Arabia.

Adil Al Ghaith, Senior Vice President, Commercial Operations, Gulf, Middle East & Iran for Emirates airline said: “Emirates is proud to be part of the Saudi International Airshow, a milestone event which will help connect the global aviation and aerospace industry to the Kingdom of Saudi Arabia. The Emirates A380 being showcased during the Airshow demonstrates our commitment to the Kingdom of Saudi Arabia as it grows and develops its aviation landscape and elevates its position on the regional and global stage to unlock further growth.”

The air transport sector plays a major role in the growth of the Saudi Arabian economy through direct, indirect and induced contributions, accounting for USD$34 billion to its overall GDP and supporting over 500,000 jobs, according to a 2017 Oxford Economics report supported by the International Air Transport Association (IATA). The Saudi Vision 2030 continues to herald a number of opportunities for the Kingdom to grow its aviation infrastructure as well as its connectivity for robust future traffic growth, both domestically and internationally.

Emirates has been adding economic value by facilitating tourism and trade in the Kingdom for over 30 years, when it first started services to Jeddah. Since then, the airline has gradually developed its services to include Riyadh, Dammam and Medina and today serves Saudi Arabia with 84 weekly flights. The airline has also carried close to 24 million passengers from its four gateways, connecting travellers to destinations across its network.

Anticipated to be popular with aviation enthusiasts as well as the general public visiting the Saudi International Airshow, the Emirates A380 will feature 14 luxurious First Class suites, 76 flatbed seats in Business Class and 426 spacious seats in Economy Class. Emirates’ A380 static tour will take visitors across the aircraft’s two decks, giving them a real-life glimpse of the spacious cabins and seats in Economy Class, lie-flat seats in Business Class and luxury First Class Private Suites. Guests will also get to see the A380 Shower Spas and OnBoard lounge that are both fully set-up and equipped to portray an authentic inflight experience.

Emirates flies its flagship A380 to 50 destinations around the world, and has flown two one-off missions to Riyadh. The airline currently has 109 A380s in service.