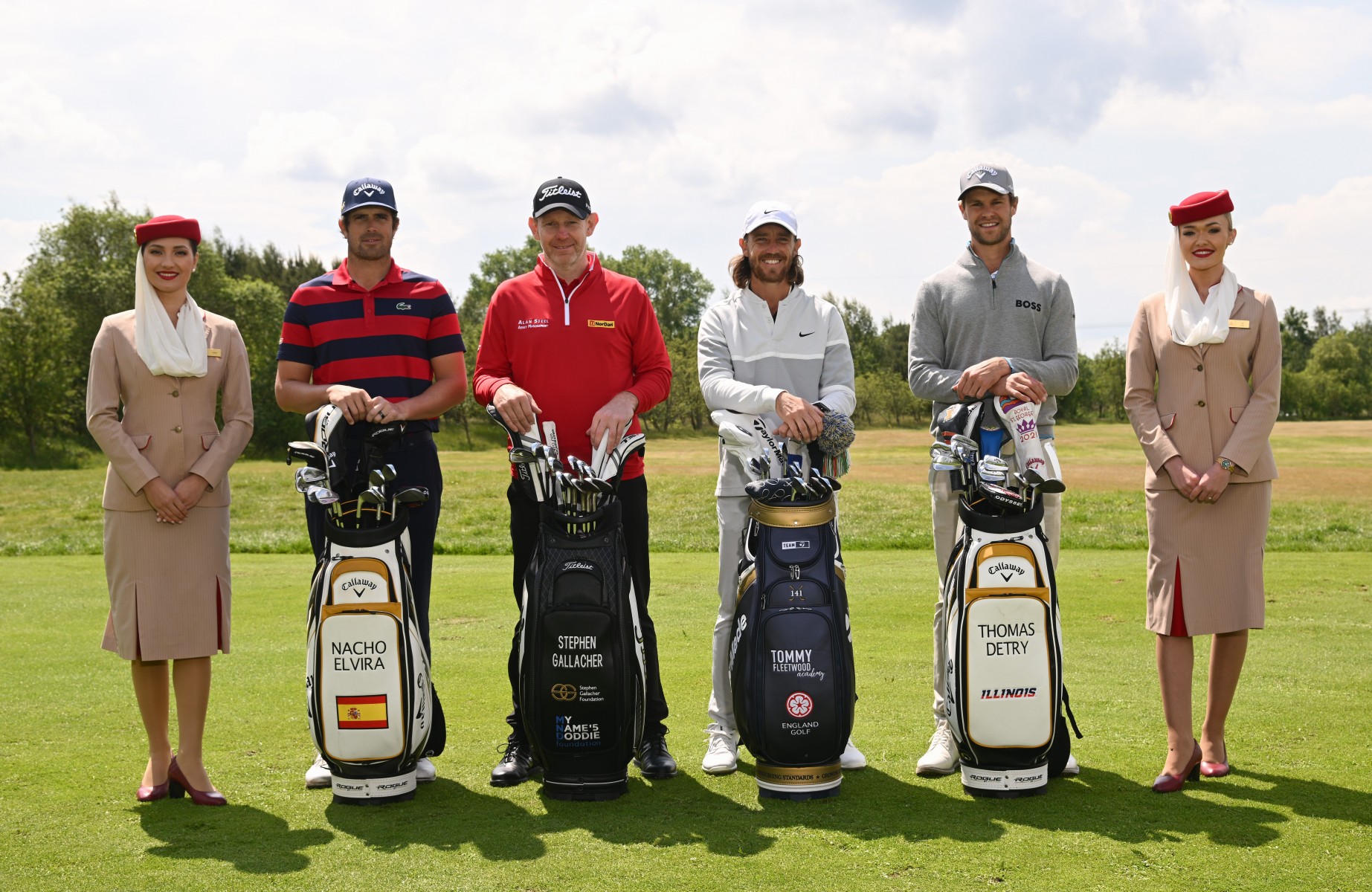 Dubai, UAE, 28 September, 2022: The DP World Tour and Emirates have signed an extension to their partnership agreement that will see the international airline remain an Official Partner of golf’s DP World Tour until the end of the 2024 season.

As part of the agreement, Emirates will benefit from highly visible branding across 21 DP World Tour tournaments and the Tour’s media and digital platforms, as well as enjoying access to the Tour’s premium hospitality services and exclusive Pro-Am experiences.  Emirates will also have Official Tournament Partner status at 14 events on the DP World Tour calendar each season. Emirates will continue to be a partner of the Tour’s Virtual Eye, which is an animated graphics system delivered through live television broadcasts, providing real-time positioning and information about player performance and statistics.  In addition, a new Emirates Fly Better Moments content strand will showcase exciting moments from tournaments for fans via the Tour’s digital platforms.

Emirates is one of the world’s largest international airlines connecting customers to more than 130 destinations across six continents via Dubai with its modern fleet of Boeing 777 and Airbus A380 aircraft. The partnership between Emirates and the DP World Tour stretches back over 30 years, after Emirates became Title Partner of the Dubai Desert Classic in 1989. Emirates then became a   partner of the season ending DP World Tour Championship, Dubai in 2009, and became an Official Tour Partner and Official Airline of the Tour in 2014.

Sir Tim Clark, President Emirates Airline said: “We’re delighted to extend our partnership with the DP World Tour. The tour continues to grow in prominence, attracting the best international golf players and providing us a platform to engage with golf fans on a global scale. Fittingly, the DP World Tour Championship culminates in Dubai, bringing visitors and global attention to Emirates’ home city which has also grown to become one of the world’s leading golfing destinations.”

Since 2009, the airline has carried more than 600 professional golfers to Dubai to play in the season ending DP World Tour Championship, bringing together more than 200,000 golf enthusiasts to watch the exciting tournament.

Guy Kinnings, Deputy Chief Executive and Chief Commercial Officer of the European Tour group, added: “Emirates are one of our longest serving partners and I’m delighted that they have decided to extend our partnership until the end of the 2024 season. As an airline that connects the world, they continue to benefit from aligning their brand with a truly global Tour - and our footprint continues to expand into new countries each season. We also benefit from Emirates’ extensive sports partnerships experience and proven track record in connecting sports fans to their passion.”

About Emirates
Beginning with the first powerboat race held in Dubai in 1987, Emirates has gone on to sponsor numerous high-profile sports teams and events, from football and tennis to golf, motorsports and horse racing. One of the most prolific and recognisable brands in sports, the Emirates brand is worn by top flight football clubs including Real Madrid and AC Milan, as well as international cricket and rugby match officials. The airline also sponsors the coveted Emirates FA Cup, is a global partner of F1 and sponsors of Team Emirates as well as the Dubai World Cup and Team Godolphin.

Emirates is one of the world’s largest international airlines with a global footprint across six continents. The airline operates one of the most modern and efficient aircraft fleet comprised of Airbus A380 and Boeing 777 aircraft – connecting passengers and facilitating global trade to and through its modern hub, Dubai. With a culturally diverse workforce, Emirates caters to its global customer base by delivering exceptional services and world-class products.

About the DP World Tour

The DP World Tour is the main men’s professional golf Tour of the European Tour group, with a global schedule featuring a minimum of 44 tournaments in 25 different countries across the 2022 season.

Formerly known as the European Tour, which was established in 1972, the 2022 DP World Tour schedule includes five Rolex Series events, along with four Major Championships, two World Golf Championship events and three tournaments co-sanctioned with the PGA TOUR, as well as tournaments staged around the world with a minimum prize of $2million for all events solely sanctioned by the DP World Tour.

DP World, the leading provider of global smart end-to-end supply chain and logistics solutions, is the title partner of the DP World Tour, which is administered by the European Tour group.