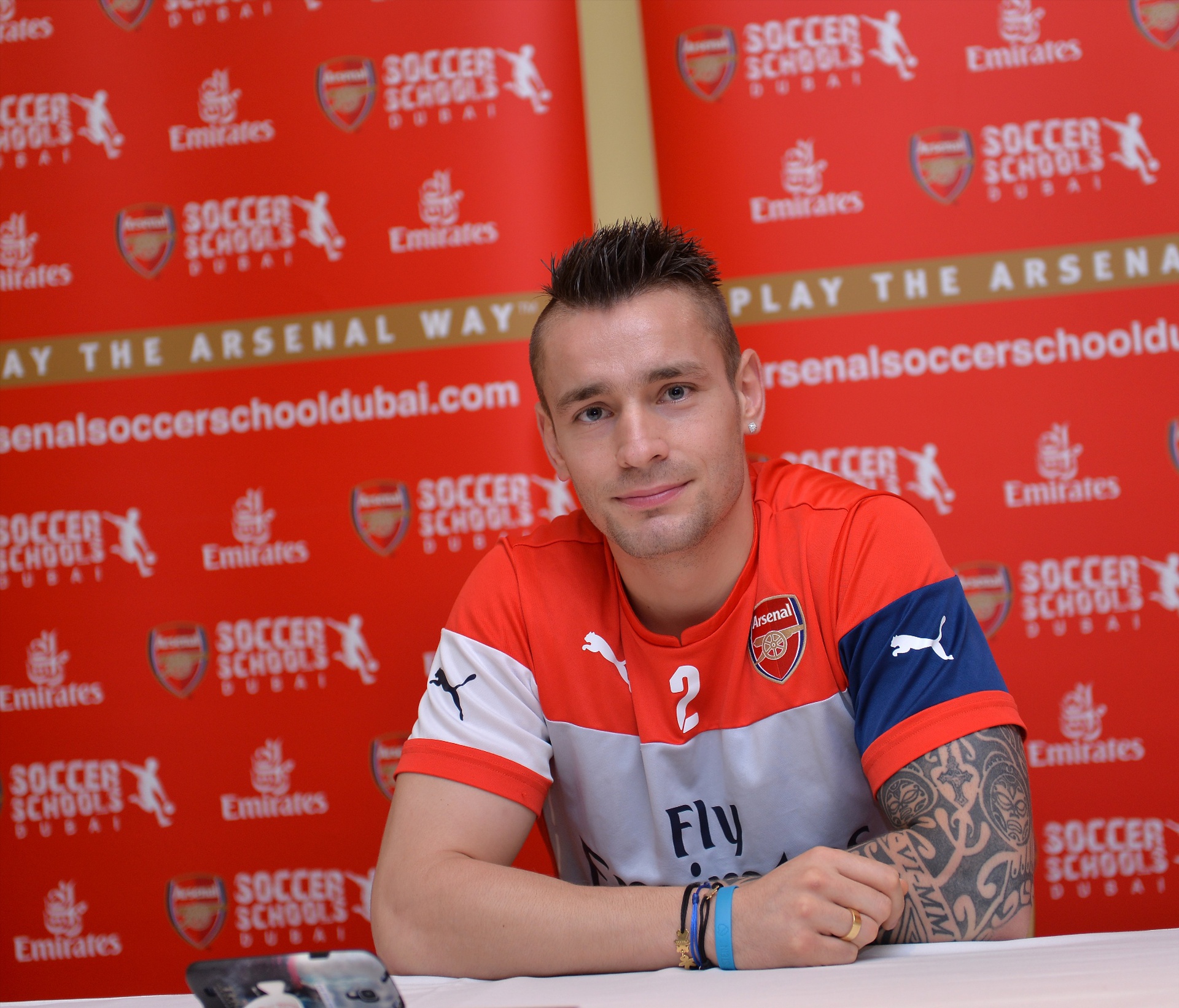 DUBAI, U.A.E., 16th November 2014:  Youngsters at Arsenal Soccer Schools Dubai (ASSD) were given playing tips by Arsenal player Mathieu Debuchy on Friday. The French player passed on some of his pointers to young trainees at Emirates Sevens ground, home of ASSD.

Debuchy spent time on the pitch with different groups of up and coming footballers. After that, a draw was held for a signed Arsenal jersey. While at the Sevens, Debuchy also signed autographs for enthusiastic fans and took questions from the media.

Arsenal Soccer Schools Dubai was formed in 2009 as a joint venture between Emirates and Arsenal. Each year, more than 1,200 children are taught how to “Play the Arsenal Way.”

More information can be found at: http://www.playthearsenalway.com/dubai/