Emirates staff ‘make their mark’ with A380 aircraft wall collage 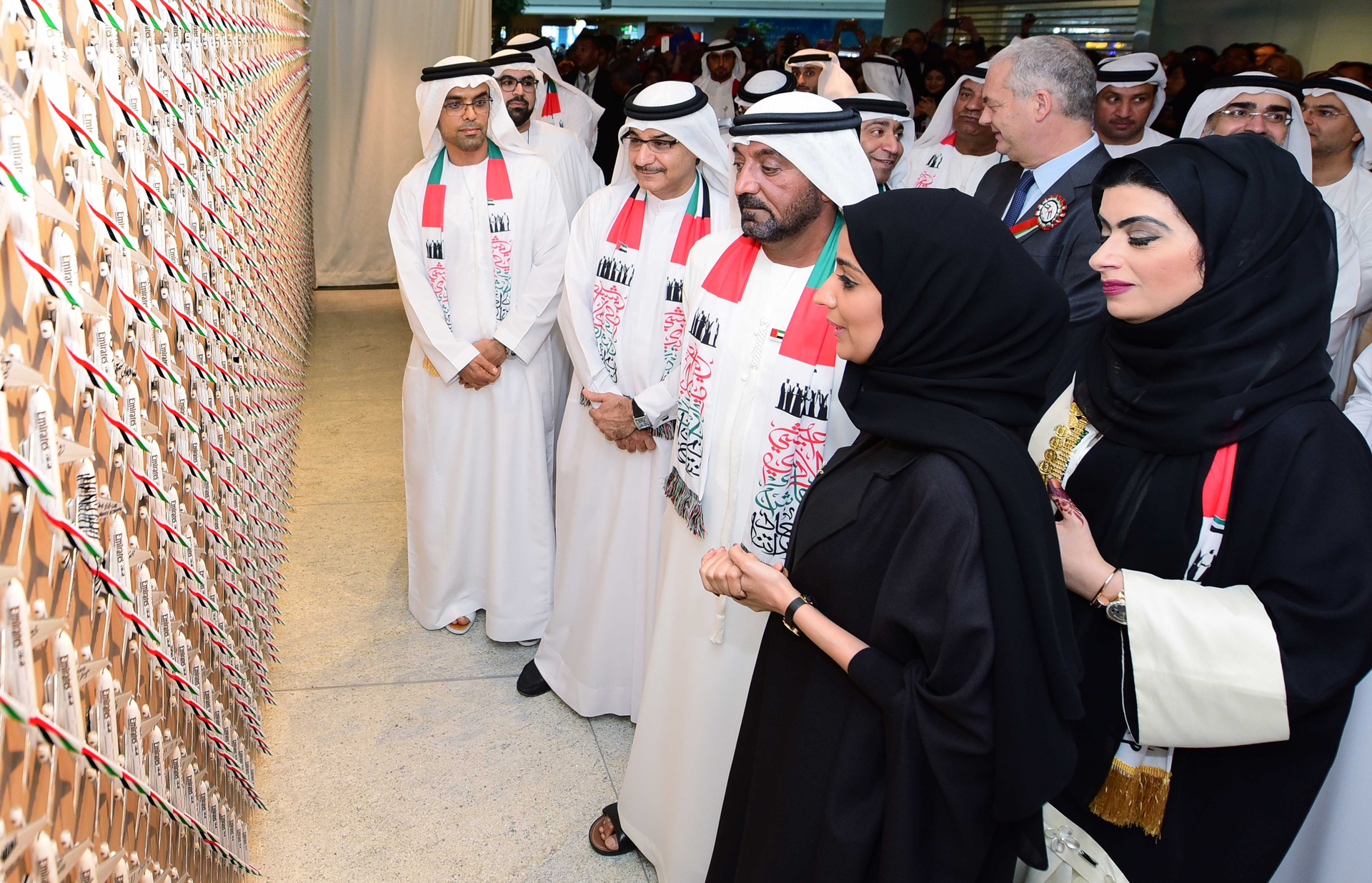 His Highness unveiled a special collage consisting of 1,400 aircraft during the UAE National Day celebrations at EGHQ

2 December 2016 – DUBAI, UAE – Ahead of the UAE’s 45th National Day, the Emirates Group unveiled a unique wall collage of mini-A380 aircraft now on permanent display at the Group’s Headquarters. Autographed by colleagues across the Group to raise funds for the Emirates Airline Foundation, the aim of the wall was for each staff member to play a part in giving back to the communities that the airline serves.

His Highness Sheikh Ahmed bin Saeed Al Maktoum, Chairman & Chief Executive of Emirates Airline & Group personally signed the first aircraft model that would make up the wall collage. During the Group’s UAE National Day celebrations, he unveiled the wall, made up of 1,400 Emirates A380 aircraft. More than AED 70,000 was donated to the Emirates Airline Foundation from the proceeds of the A380 aircraft.

The initiative was led by Rehlaty, the Emirates Group’s Emiratisation strategy.

Emirates staff ‘make their mark’ with A380 aircraft wall collage