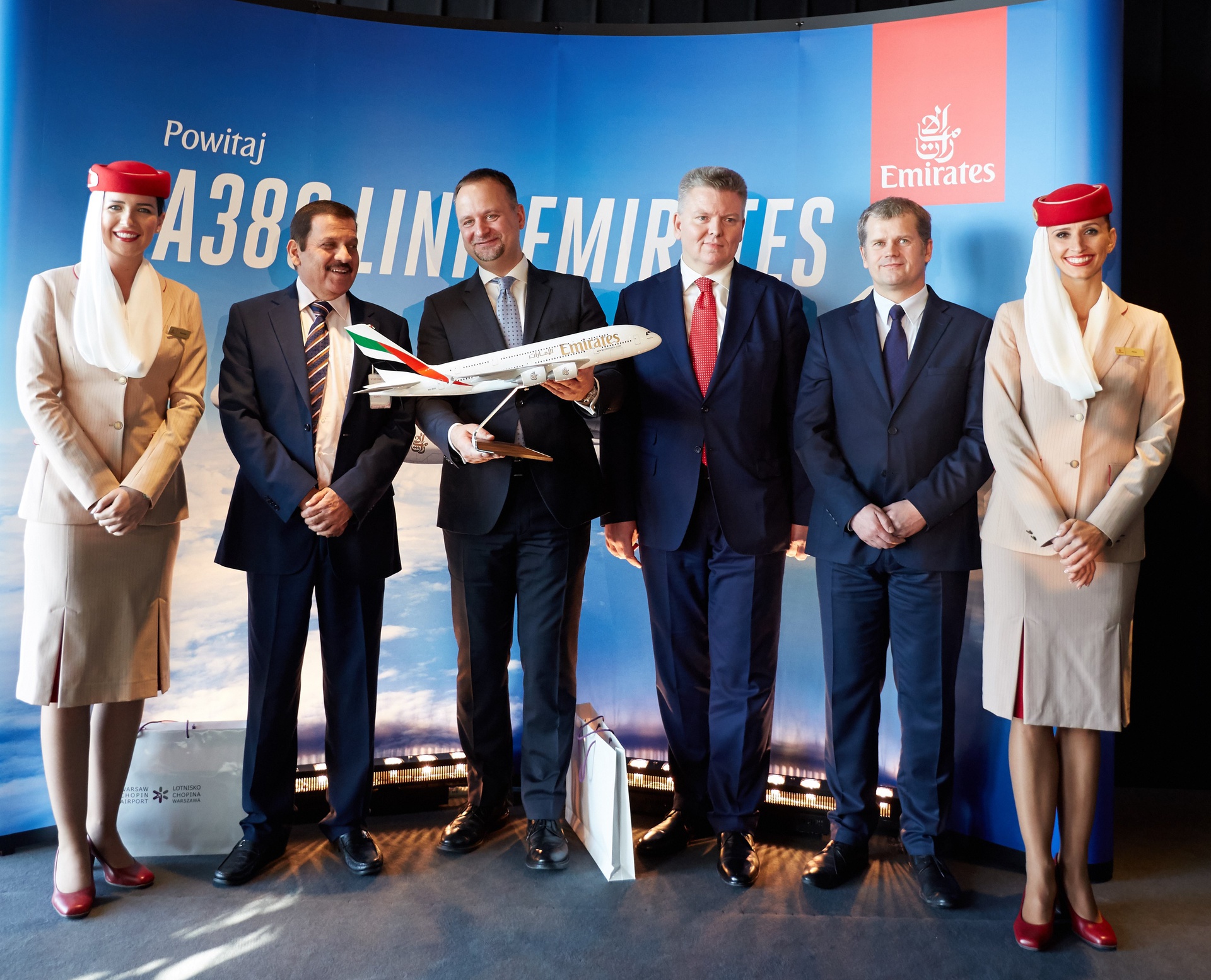 DUBAI, U.A.E. - 11 February 2017: an iconic Emirates A380 touched down at Warsaw Chopin Airport yesterday as the airline’s flagship aircraft made a one-off visit to Poland.

The special flight, operating as the scheduled EK179 service, was arranged to commemorate the fourth anniversary of the launch of Emirates’ scheduled services between Warsaw and Dubai.

The celebratory A380 flight touched down at 1120am Warsaw time and was welcomed by hundreds of well-wishers, watching from the airport perimeter. The flight deck crew were Captain Yunis Al Marzouqi from the U.A.E. and First Officer Tomasz Lubaczewski from Poland.

Once docked at the terminal, airport executives, VIPs, trade partners and media enjoyed a guided static tour of the double-decker aircraft, hosted by members of Emirates’ cosmopolitan cabin crew. The tour gave the guests a chance to see first-hand the innovative amenities provided for passengers like the First Class Suites, Shower Spas and the On-board lounge.

When Emirates launched the route in February 2013, Poland became the airline’s 129th international destination. The new scheduled flight opened up enhanced opportunities for business, trade and tourism, strengthening ties between the U.A.E. and Poland and forging a longstanding and invaluable partnership between the two countries.

During the past four years, Emirates has carried over 700,000 passengers on the route. Through the airline’s cargo operations it has provided vital links for businesses in both Poland and the U.A.E. to ship their goods quickly and efficiently.