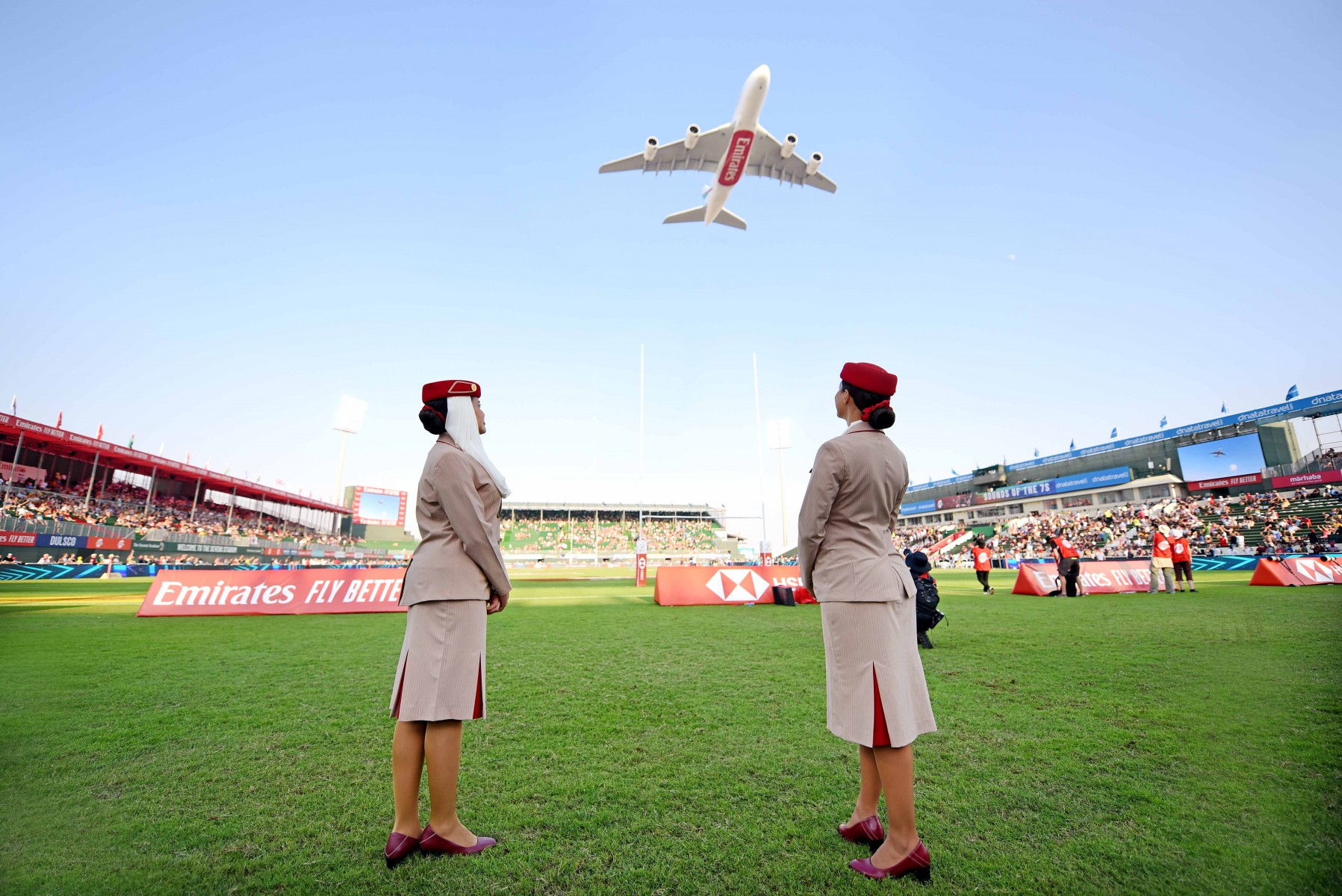 Dubai, UAE, 2 December 2022: Thousands of spectators were treated to a spectacular low-level flypast over the Sevens Stadium this afternoon, in celebration the biggest and longest-running sports and entertainment festival in the Middle East – the Emirates Dubai 7s.

An Emirates A380 took to the skies to salute the crowd below, as they enjoyed the biggest Emirates Dubai 7’s festival yet, featuring more than 300 rugby, netball, cricket, and fitness teams, alongside more than 100,000 festival goers enjoying headline music performances and family entertainment.

Taking off from Dubai International Airport, the Emirates A380 made its approach above the stadium to wow the crowds for the flypast at 1604hrs, and back over again at 1610hrs, cruising by at a gentle speed and an altitude of just 500 feet. Commanding the Emirates A380 was UAE National Captain Mubarak Al Mheiri and Captain Anand Singh, supported by Captain Khalid Bin Sultan.

Today’s flypast underscores the airline’s commitment to the long-standing Emirates Dubai 7s. Taking place during the UAE National Day weekend in December and hosted at The Sevens Stadium in Dubai, Emirates Dubai 7s builds on a 51-year history of the unique Rugby Sevens tournament, welcoming the very best international teams each year, alongside Invitational Rugby, Netball and Cricket teams, attract over 4,500 participants each year. 2022 saw the addition of brand-new fun fitness competition for teams of four people of all fitness levels-WODON3.The festival has also evolved over time and has now become a 3-day event with multiple stages for international music acts, toddler, kids and teens zones, and a new Hops & Food Market.