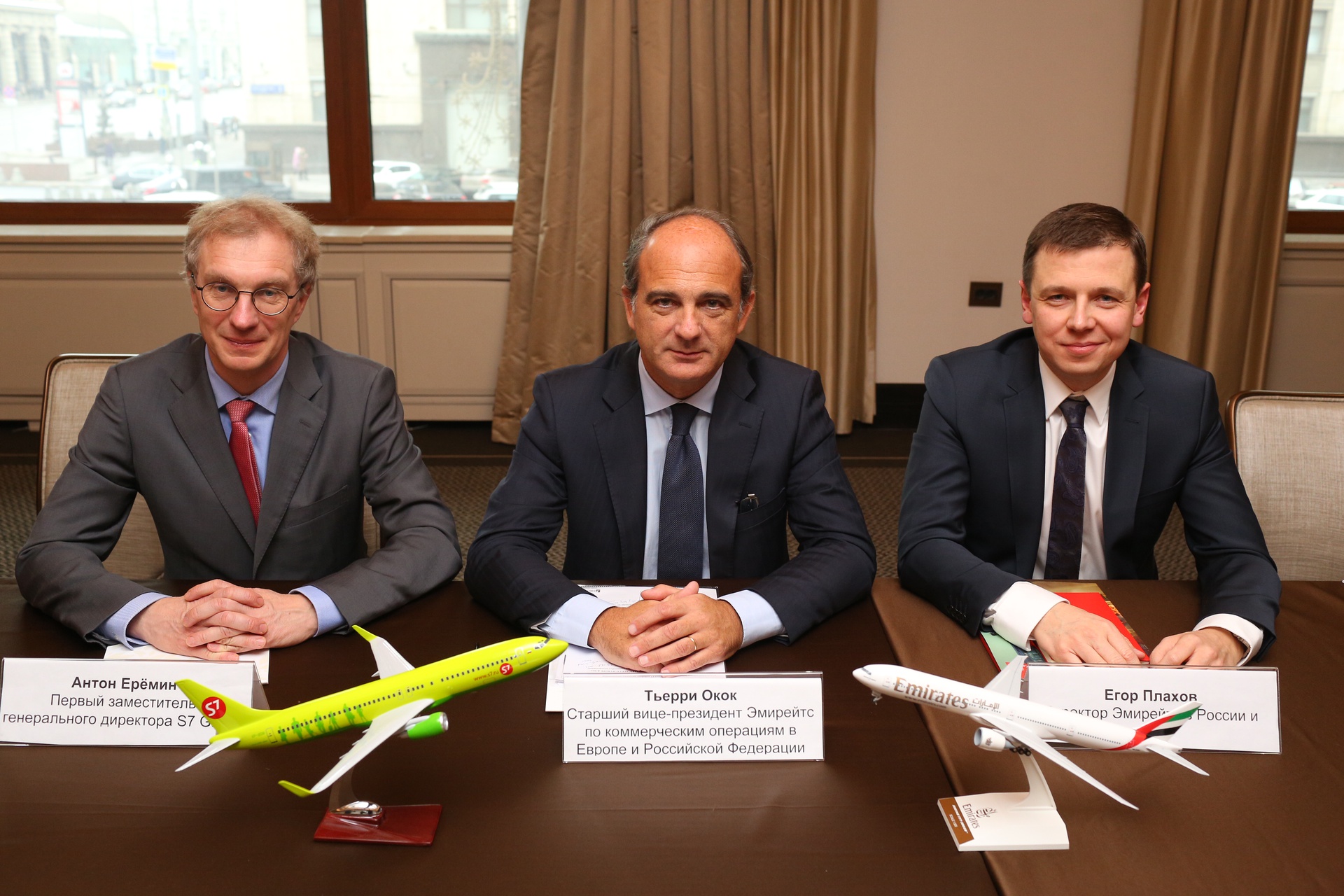 Dubai, U.A.E., 3 March 2016: Emirates, a global connector of people and places and Russian carrier S7 Airlines, have today announced an enhanced partnership which is set to improve connectivity and benefits for customers across Russia.

Emirates and S7 Airlines have been in an interline partnership since 2003 which was further enhanced in 2008. The new codeshare deal further builds on this strong partnership and sees the Emirates code added to more than 30 routes operated by S7 Airlines across Russia as well as on S7’s twice weekly service between Dubai to Novosibirsk. It also allows S7 to reciprocally put its code on the Dubai to Moscow route operated by Emirates.

Anton Eremin, S7 Group Deputy Chief Executive Officer, said: “This new codeshare agreement with Emirates is an exciting development for S7 customers. It provides them with convenient, seamless access to Dubai and onwards to the rest of the world through Emirates’ extensive route network, direct from their local airport.”

Based at Domodedovo Airport (DME), S7 Airlines operates flights to more than 80 cities from its Moscow hub. Emirates customers travelling on any of the 30+ S7 codeshare routes will enjoy the same luggage allowance they are entitled to on their Emirates flight and have the convenience of a single ticket. All Emirates’ passengers on S7 operated flights will receive boarding passes on check-in at their first departure point for all connecting flights, providing a seamless travel experience.

The new codeshare booking facility is available now on emirates.com and through Emirates sales offices and travel partners for travel from today.

Emirates currently has codeshare agreements in place with a number of airline partners around the world including Qantas, Jetstar and Jet Blue.